Nearly 20 years since its finale in 2004, "Frasier" is coming back with star Kelsey Grammer on board.

‘Frasier’ Revival With Kelsey Grammer Set at Paramount Plus https://t.co/nJ74abmJPc

"Frasier" ran for 11 seasons from 1993 - 2004 and won 37 Emmys. Grammer says of the project, “Having spent over 20 years of my creative life on the Paramount lot, both producing shows and performing in several, I’d like to congratulate Paramount+ on its entry into the streaming world. I gleefully anticipate sharing the next chapter in the continuing journey of Dr. Frasier Crane.” 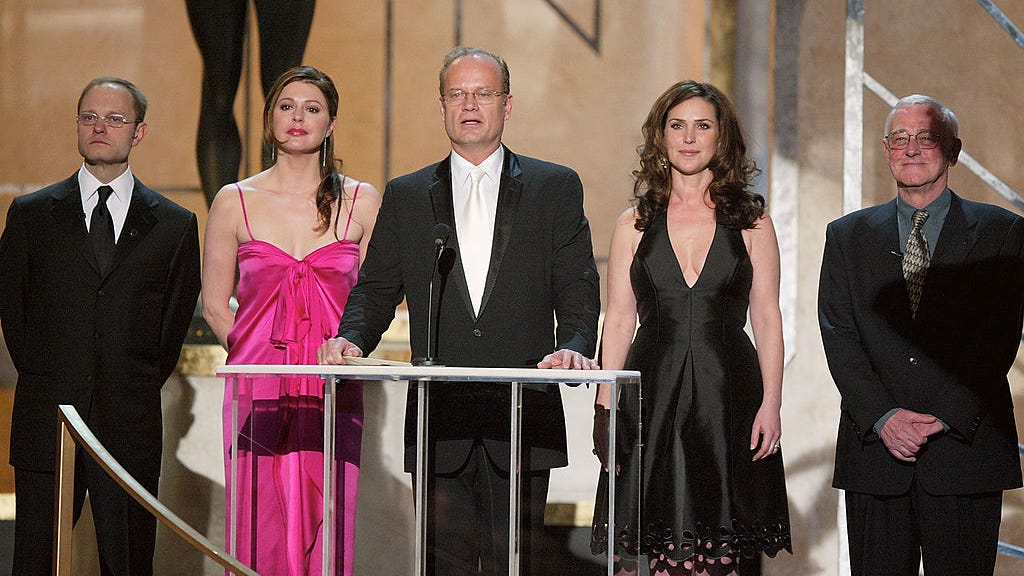 See the 'Frasier' Cast Then and Now

"Frasier" is one of the most successful sitcoms of all time, Variety reports, winning 37 Emmy Awards over the course of its 11 seasons and 264 episodes on NBC.

“’Frasier’ is one of the most acclaimed comedies in modern television history and truly defines premium storytelling,” said David Stapf, president of CBS Studios.

He continued, “There has long been a call from fans for its return, and that call is now answered thanks to the amazing Kelsey Grammer reprising his iconic role of Dr. Frasier Crane and a brilliant creative plan from Joe, Chris and Kelsey. We can’t wait to reveal its next chapter on Paramount +.”