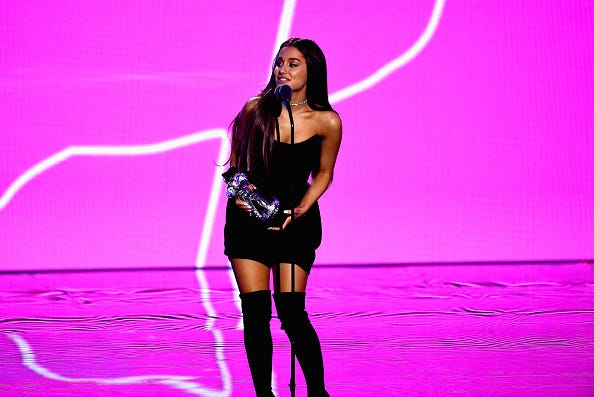 MTV has just announced the date and home for the 2019 VMAs. This year’s Video Music Awards will broadcast live from the Prudential Center in New Jersey on Monday, August 26th.

This will be the first time the show has ever headed to New Jersey, and the fourth time in VMA history that the show takes place somewhere other than New York or Los Angeles after airing from Miami from 2004 to 2005 and Las Vegas in 2007.

According to MTV, on the decision to hold the VMAs in the Garden State this year, global head of music talent for Viacom, Bruce Gillmer says, “New Jersey has an incredible music heritage and is home to some of the world’s biggest artists including ‘Chairman of the Board’ Frank Sinatra, ‘The Boss’ Bruce Springsteen, Queen Latifah, Bon Jovi, Whitney Houston, the Jonas Brothers, the Fugees, and Halsey. This list is wide and endless.”

The VMAs’ new, 2019 location won’t stop them from pulling out all of the typical VMA stops like the year’s biggest stars and best live performances.

MTV will also be introducing a new element to this year’s award show by including the MTV VMA Stan Cam. It will feed short-form streams to Twitter, where fans can decide which stars they want to see perform and go behind-the-scenes with.

There’s no word yet on this year’s nominees or special guests, but more details are sure to come.