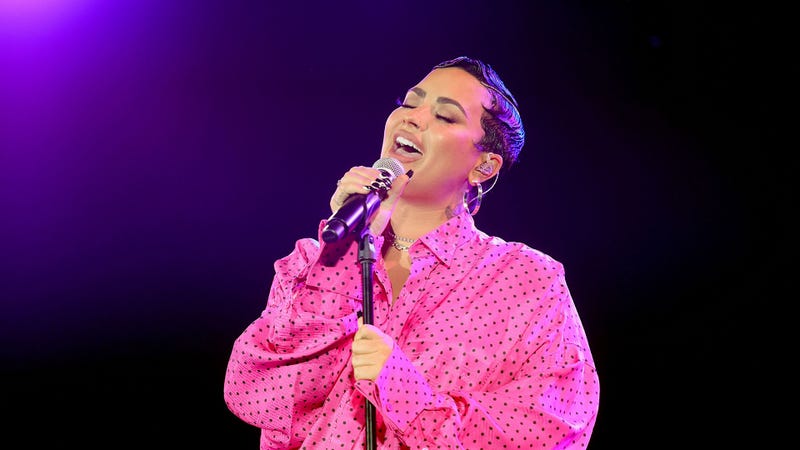 At the stroke of midnight on Friday, Demi Lovato released "Dancing with the Devil," the second single from her album of the same name. The haunting ballad chronicles Demi's descent into addiction, which began innocently with "a little red wine" that she wanted "every night."

"I told you I was okay, but I was lying," Demi confesses to her fans in the pre-chorus.

The second verse describes her introduction to drugs: "a little white line" that eventually became "a little black pipe." What is 'California Sober'? Sorting out Demi Lovato's current status with sobriety

"A painful remedy/ Almost go the best of me/ I keep praying I don't reach the end of my life," she sings. Lovato then begs her fans to forgive her for Dancing with the Devil. "It feels absolutely unreal having this out right now, I love you all so so much," she shared on Instagram shortly after.

"Thank you for your support and love this week with the premiere," she continued, referring to her docuseries -- also titled Dancing with the Devil -- streaming now on YouTube.

Prelude
"Anyone"
"Dancing with the Devil"
"ICU (Madison's Lullabye)"