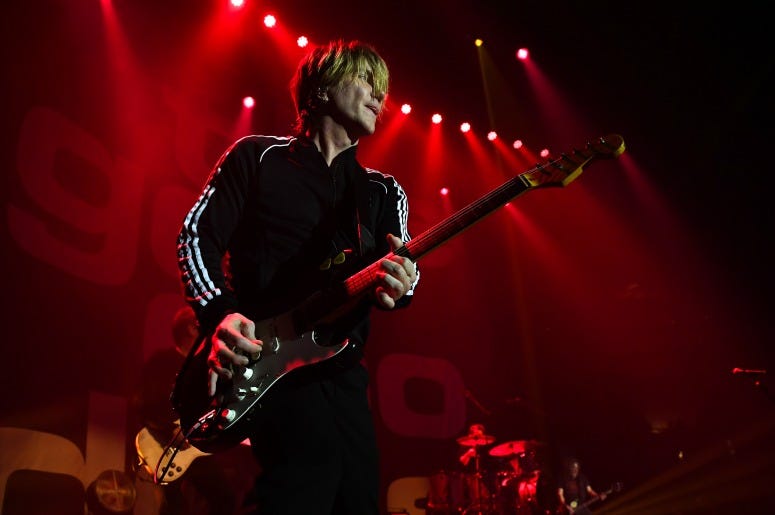 The Goo Goo Dolls' first holiday album It's Christmas All Over arrives today and above all, lead singer John Rzeznik hopes that it can be a bright spot in what's been a pretty horrible year.

"I wanted to make an album that would make people forget about all the crazy stuff that's going on right now," he tells ABC Audio. "And what was going on, you know, four months ago, five months ago when we were recording it."

The group didn't plan to make an entire Christmas album -- they were just going to do one song for a compilation. But John found himself inspired by his surroundings.

"We were in Los Angeles and it was right at the beginning of the pandemic thing," he explains. "And I was like, 'Wow, this is such a cool vibe in the city,' because it was kind of post-apocalyptic... and it was rainy and kind of cold. So, it was really a lot of fun to lock ourselves in this really old recording studio and just see... how much fun we could have with it."

They ended up with a collection of classics, a few originals and new takes on holiday songs that haven't been done to death, like Tom Petty's "Christmas All Over Again" and Louis Prima's "Shake Hands with Santa Claus."

"It was just so much fun doing it," John says. "It all just added up to to a really good time. We had a blast."

John says he'd like to see fans put on the album while you "make your cookies," "trim your tree" and "have everybody you can over" to your house.

"You know, stay six feet away from each other, but, you know, wear a mask," he laughs. "It's music to do something to. Just be festive!"