Dua Lipa has performed on many late night talk shows, but this Monday, she'll be hosting one.

Jimmy Kimmel has taken the summer off from hosting his ABC show Jimmy Kimmel Live! and guest hosts have been filling in. Dua will take over hosting duties Monday night at 11:35PM ET, and her guest will be Gwen Stefani. 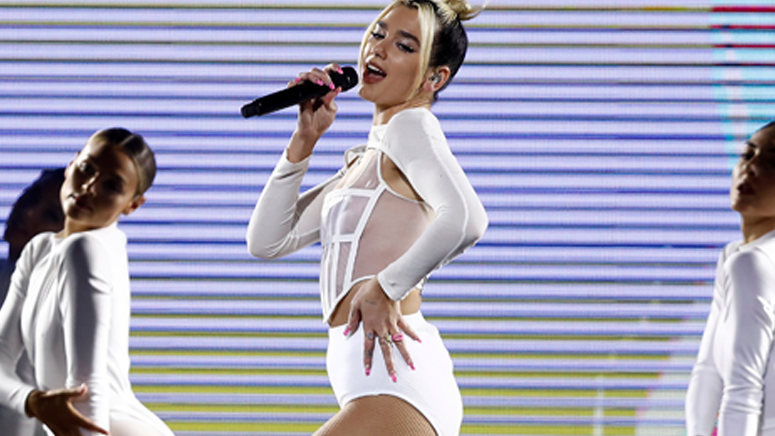 It's no surprise that Gwen is the guest, since the No Doubt frontwoman is one of the performers on Dua's Club Future Nostalgia remix album that's dropping on August 14. Gwen appears on a remix of "Physical," done by Mark Ronson.

As previously reported, other guests on Dua's album include Madonna and Missy Elliott. According to the "Don't Start Now" singer, there will be "more surprises" as well.

The rest of the week's hosts for Jimmy Kimmel Live! include comedian Sarah Cooper -- famous for her videos in which she lip-syncs to President Trump's comments -- and Rob Lowe.