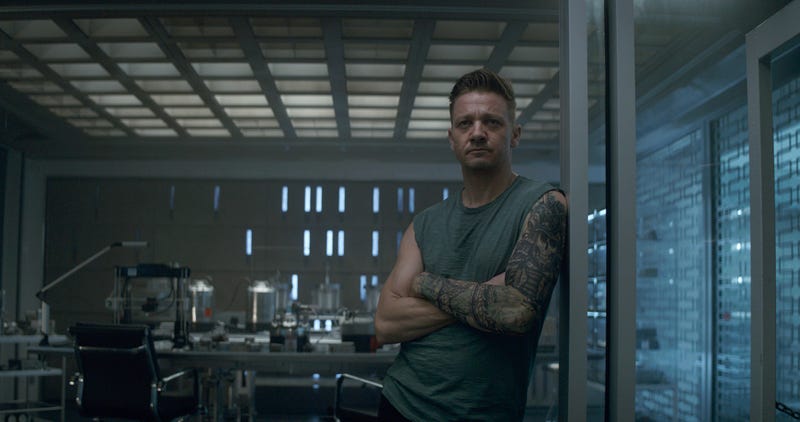 Photo credit Hawkeye/Clint Barton (Jeremy Renner) in a scene from Marvel Studios' Avengers: Endgame. he global box office has a new king in “Avengers: Endgame.” The superhero extravaganza the weekend of July 20 has usurped “Avatar” to become the highest grossing film of all time, with an estimated $2.79 billion in worldwide grosses in just 13 weeks.(Film Frame/Marvel Studios 2019 via AP)
By The Associated Press

The superhero extravaganza this weekend usurped "Avatar" to become the highest-grossing film of all time, with an estimated $2.79 billion in worldwide grosses in just 13 weeks.

The title comes with a few caveats, however, including the fact that "Avatar's" grosses are not adjusted for inflation. Also, domestically, "Avengers: Endgame" is No. 2 to "Star Wars: The Force Awakens" by around $80 million.