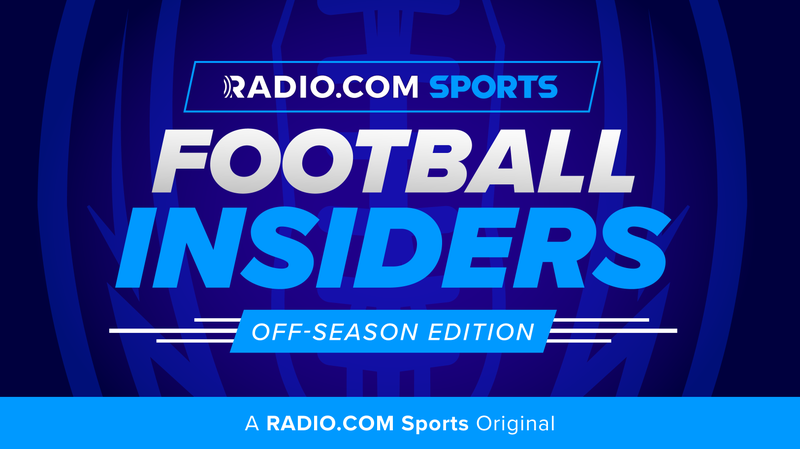 After the annual whirlwind of free agency and the draft's roster reloads, where do things stand in the NFL?

In the first part of a special two-part offseason edition, RADIO.COM's new "Football Insiders" podcast, hosted by Eliot Shorr-Parks and Brian Baldinger, breaks down the movers and shakers in the NFC.

The Green Bay Packers -- who brought in head coach Matt LaFleur to pair with all-world quarterback Aaron Rodgers -- look like a sleeper team. Can they reclaim the NFC North crown from the Chicago Bears?

"I kinda like in a twisted fashion a lot of things that the Packers have done, and I believe in (defensive coordinator) Mike Pettine," Baldinger said. "They've added the pieces to be a top-five defense. If they do -- the way the Bears' defense got better three years in a row under Vic Fangio to become the best -- then maybe the Packers are a team that can jump up."

The Philadelphia Eagles may be the team to beat in the NFC East, which was won last season by the Dallas Cowboys. The New York Giants and Washington Redskins each drafted rookie quarterbacks in Daniel Jones and Dwayne Haskins, respectively.

"Here's my whole issue with (Giants GM Dave) Gettleman and what he did (by planning to sit Jones). If you truly believe that Eli Manning has got years left and you're committed to him, then give him something that helps him," Baldinger said. "Evan Ingram is a slot receiver. Sterling Shepard is a slot receiver. Golden Tate is a slot receiver, and you lose arguably one of the most talented wide receivers that we've ever seen in Odell Beckham."

The hosts also tackle whether the Arizona Cardinals should have drafted Kyler Murray with the No. 1 pick, the sleeper team in the NFC West, the effect of pass interference being reviewable, and how the New Orleans Saints will react to their heartbreaking loss to the Los Angeles Rams in the conference title game.