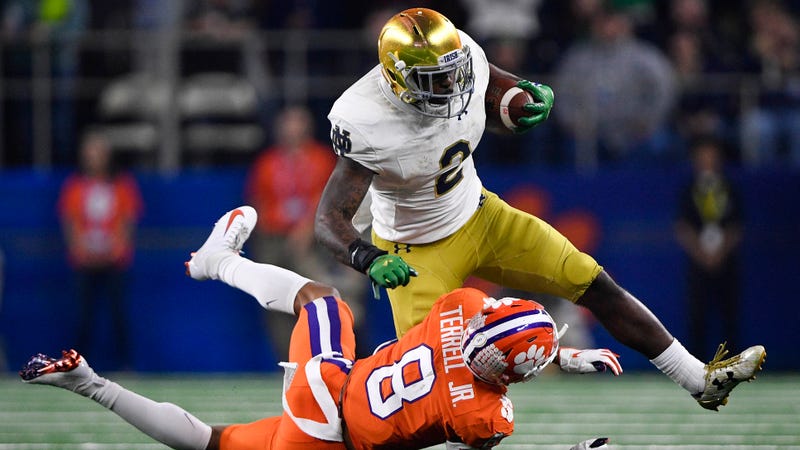 ARLINGTON, Texas -- Notre Dame, throughout its undefeated regular season, drew comparisons to the 2012 squad that went to the National Championship Game.

The result in Saturday’s Cotton Bowl -- a 30-3 loss to Clemson in the semifinals of the College Football Playoff -- aside, this Notre Dame squad seemed to belong on the big stage a lot more than the 2012 version did.

Despite the loss and a disastrous showing from his offense, Brian Kelly feels much different about the direction of his program compared to the last time they played on such a grand stage: a 42-14 title-game loss to Alabama.

“I left that game feeling like there was so much work to be done from the inside out, so much development, so much recruiting,” Kelly said. “They (Clemson) were the better football team today, there’s no doubt about it, but with giving them the opportunity to see how they need to play in this atmosphere, not flawless but with excellence, we can come back here and win.”

Notre Dame’s defense began strong, limiting Clemson to three first-quarter points without allowing a play longer than 10 yards. It ended the night allowing 30 points and 538 yards -- most of the damage during Clemson's 20-point second quarter, culminating in Tee Higgins' highlight catch off of a deflection with two seconds remaining that for all intents and purposes ended the game.

“Notre Dame is the best team we played all year,” Swinney said. “I know they’re disappointed, but a very well-coached team and nothing to be down about.

“Those guys have got it going in the right direction,” added Swinney, whose team will face Alabama in the championship game for the third time in four years.

Clemson star defensive lineman Christian Wilkins, who has played in six College Football Playoff games and figures to be a first-round NFL draft pick in April, had great praise for Notre Dame’s talent as well.

“They are a very talented team, they have talent everywhere, and we definitely have a lot of respect for them and their coaching staff,” Wilkins said. 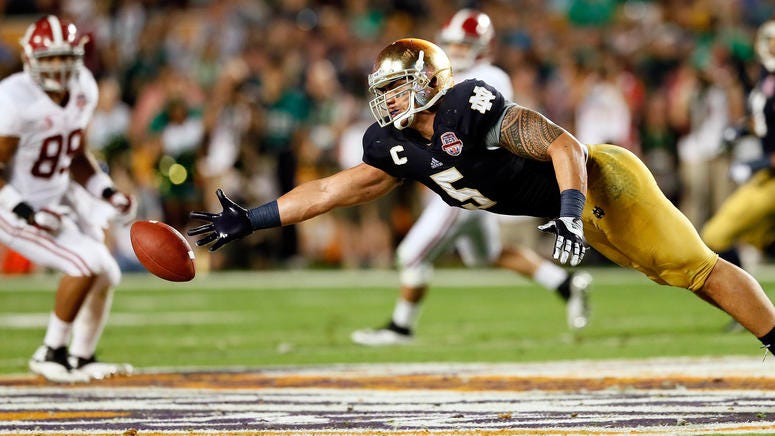 The 2012 title game was as good as over after two possessions. Alabama's offense wasn't stopped all night and dominated in every way imaginable. Although the final score indicates more of the same against Clemson at AT&T Stadium, players feel differently.

“If you go back and look at the film, you see from 2012 that there’s a gap in the kind of athletes,” senior wide receiver Miles Boykin said. “Now I don’t think that gap is there. We played just as athletic as them and just as fast, but it came down to execution and we didn’t execute today.”

Notre Dame had a magical season in 2012, but didn’t belong on the same field as Alabama at the end of that campaign. The 2018 season ends bitterly for the Fighting Irish and their fans, but watching them stack up with Clemson, it’s clear they’re on a much different level from that 2012 squad.