The Lumineers treated fans to a night to remember in Chicago this weekend at the 93XRT Holiday Jam at the Vic Theatre. With a packed house on hand, the band delivered a career-spanning set with the whole crowd singing along.

Prior to taking the stage, we caught up with Wesley Schultz and Jeremiah Fraites to find out the songs that changed their lives. From one of Dad's favorites to the first CD Wesley ever owned, here's what they had to say. 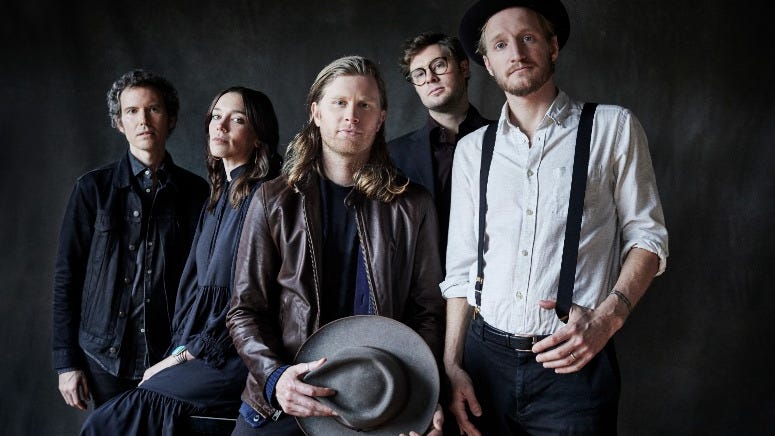 Watch Our RADIO.COM Live Storyteller Performance With The Lumineers

Schultz has a personal connection to this song, saying it was one of the earliest tunes he learned to play live and did so because his father loved the song. He indicated it was one of the songs that made him want to play music because his dad would get excited. "When you're a kid and your dad is freaking out over something, and you're a little kid and he's your hero, I thought to myself 'I want to make him freak out over something when I get older.'"

Fraites remembers seeing the music video for this song and becoming obsessed with it. It was one of the songs that made him want to learn how to play drums. "It's just such a nostalgic song whenever I hear it."

The whole album played a profound impact on Schultz's life. It was a CD he played over and over. In fact, he played it so much that it ended up scratching out after a while. "It had a secret track at the end that you had to wait to hear, and it felt like your little inside secret with the band."

For more from The Lumineers, check out their RADIO.COM Live Storyteller Performance from earlier this year.