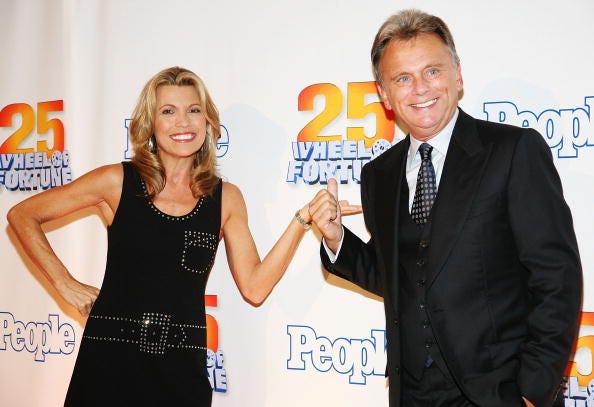 (ALT 103.7) - When watching a game show from home, it’s easy to think you should be a contestant on the game as you answer all the questions from the couch. However, when the pressure is on, with the lights, cameras and audience staring you down, it’s easy to mess up even the easiest of questions.

That’s exactly what happened recently on ‘Wheel of Fortune,’ when all three contestants couldn’t solve a puzzle with one letter remaining, even though it was a very commonly used phrase.

Me yelling REMAINS at my TV for 5 minutes #WheelOfFortune pic.twitter.com/fT8fpKkPFT

#WheelOfFortune
I can't believe three adults seemed to be unfamiliar with the phrase "The Question Remains".

Just witnessed two adult humans completely whiff on the phrase “THE QUESTION REMAINS” literally missing only the A in REMAINS. Man I gotta get on this show #WheelOfFortune

Fans watching from home quickly went to social media to share their frustrations with the contestants for not figuring out the simple puzzle. Even host Pat Sajak was shocked, joking “Good job. I never thought it would get back to you,” when the game came full circle and the first contestant got another chance.

hile this attempt has since gone viral, it’s a lot easier to find the answer form home, than it is to do in studio when the pressure is on.