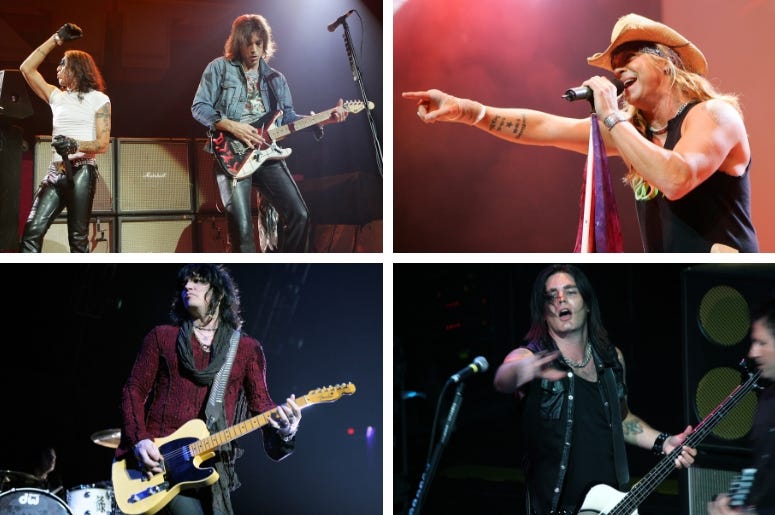 It’s the genre that critics loved to hate and fans have kept around to this day: hair metal. The label in and of itself is limiting and loathed by those involved, but it’s the easiest way to describe the kind of hard-rocking, meticulously-produced, guitar solo-infused music that took off in the early to mid ‘80s and stuck around the top of the charts until the early 90s.

Bands like Warrant, Ratt and Poison appealed to almost everyone who grew up in their era. Guys wanted to be them and girls wanted to be with them. These are not each band’s biggest songs – just music that deserves to be revisited. Most of the tracks on the list were singles though, while others were deep cuts that only die-hard fans had the privilege of listening to on cassette.

Banjo and acoustic guitar start the song off before it explodes into a hard-rocking epic, complete with a dramatic made-for-MTV video.

The Philly-area band didn’t stay hair metal for long after their 1986 debut, Night Songs. But their image stayed with them forever.

The band had a slew of hits, including “Up all Night” and “Fly to the Angels,” but this track from 1992’s The Wild Life holds up just as well with its vocal harmonies and warm rhythm guitar tone.

They looked more hair metal than they actually sounded. This is one of their catchiest choruses.

The band that took the Guns from Guns N' Roses stripped things down on this track from 1991's Hollywood Vampires.

White Lion – Lady of the Valley

Vito Bratta might have been one of the most underappreciated guitarists in the genre.

C.J. Snare might have been one of the most underappreciated vocalists in the genre.

Just a great, melodic rock ‘n’ roll song that tells the story of the thousands of girls from around the country who lose their way while trying to make it in Hollywood.

Note: bands like Motley Crue, Def Leppard and Bon Jovi were not considered for this list. They are either too big and transcend the genre, or aren’t in the genre at all, depending on your point of view.