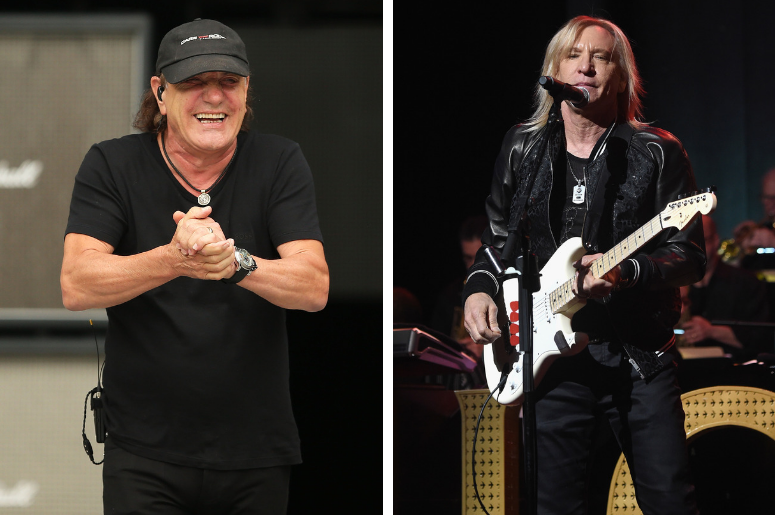 A somewhat unlikely collaboration is in the works. Eagles guitarist Joe Walsh shared a photo of himself alongside Brian Johnson of AC/DC. The two accomplished musicians from different genres had just done some work in a studio.

“Great day making music with my old pal Brian today in London,” Walsh wrote. “We nailed it! Love ya man!”

That’s all we have to go on, though. Neither is saying what they were recording music for.

As Walsh noted, the two aren’t strangers, even though Johnson probably likes his music a little louder. Walsh appeared on an episode of Johnson’s TV show A Life on the Road earlier this year.

Walsh is in Europe with the Eagles as they tour through the end of July.

Johnson, by all accounts, is back with AC/DC. The band’s longtime engineer confirmed they had been in the studio together a few months after Johnson and drummer Phil Rudd were spotted outside a recording studio in Vancouver.

Johnson was forced to leave AC/DC in 2016 because of serious hearing loss. Rudd was replaced by Chris Slade in 2015.