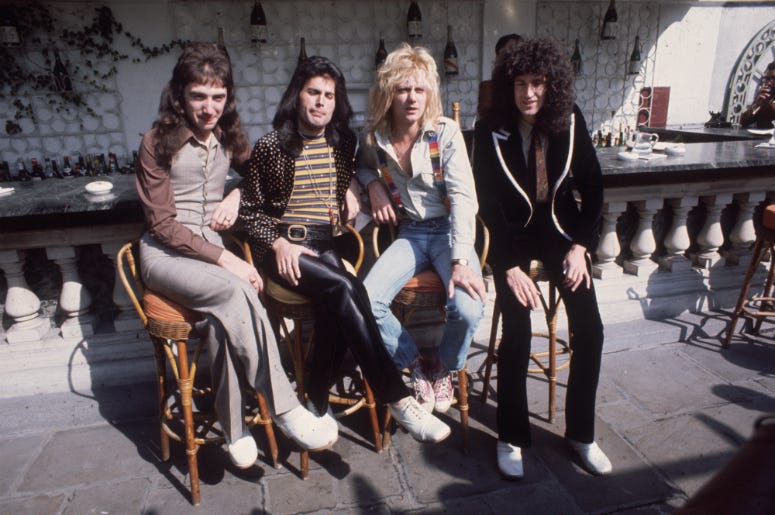 “Bohemian Rhapsody” is the song that never goes away, and Queen has Hollywood to thank.

Originally released on 1975’s A Night at the Opera, the 6-minute track that pretty much everyone is familiar with just made its third appearance on the Billboard Hot 100 chart at #33.

“Bohemian Rhapsody” is getting new life, of course, because of the new movie of the same name. It stars Rami Malek as late Queen frontman Freddie Mercury, and debuted at the top of the North American box office following its November 2nd premiere.

The song itself originally reached #9 on the chart in 1976. It then peaked at #2 in 1992 after being featured in a classic scene from Wayne’s World – the feature film based on the popular Saturday Night Live skit starring Mike Myers and Dana Carvey.

Three appearances on the Billboard Hot 100 chart in three different decades is a rare feat, but it has happened before. “1999” by Prince, in fact, has charted four times in three decades.