Zac Brown Band turned up the volume with help from Dave Grohl at a pre-Super Bowl concert in Atlanta. The Foo Fighters frontman grabbed the mic for a cover of Metallica’s “Enter Sandman.”

The enthusiastic crowd sang along as Grohl growled into the microphone, and when it was time for the screeching solo, ZBB electric fiddle player Jimmy De Martini did his best Kirk Hammett impersonation with a bow in his hand. 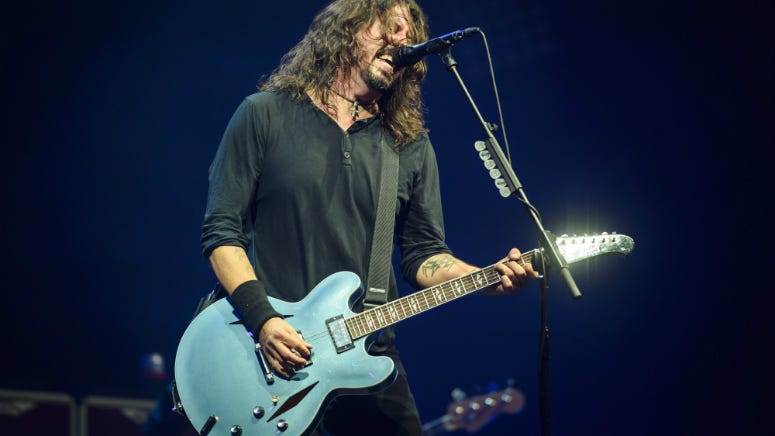 The collaboration was not out of left field. Zac Brown Band frequently covers “Enter Sandman” and a wide range of other tunes, and Grohl is a good friend of the group. ZBB released The Grohl Sessions Vol. 1 in 2013. The EP featured “Day of the Dead,” which they performed on the CMAs that year.

"Dave is a musical genius," Zac Brown said at the time. "It's been amazing to play with him on stage and get to spend time working with him in the studio. We are excited for fans to hear the music we've been able to create together."