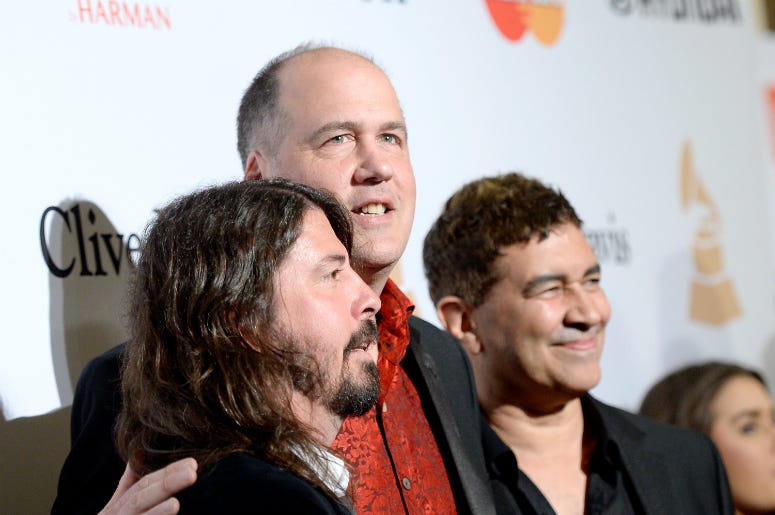 Dave Grohl and Krist Novoselic had so much fun playing Nirvana songs together recently that they won’t dismiss the idea of it happening again. But don’t expect a full reunion tour anytime soon.

“It’s delicate territory, and you can’t treat it like just another show,” Grohl told Kerrang! in an exclusive interview. “It’s very complicated and very special. In those moments, when it just happens naturally, I think is the best way.”

Grohl and Novoselic reunited along with Pat Smear for six songs at Cal Jam earlier this month. Joan Jett sang “Breed,” “Smells Like Teen Spirit,” and “All Apologies.”

John McCauley of Deer Tick took care of vocals on “Serve the Servants,” “Scentless Apprentice,” and “In Bloom.”

Grohl, of course, spends most of his time fronting one of the biggest rock bands in the world. He says he’s ready to take a break from Foo Fighters after months on the road, but have no fear, he already has ideas for the next album.

“I know that there is another one there,” Grohl told Billboard. “I don’t know when but I think I know what we should do.”