When you go to the grocery story, do you see people divided and fighting about politics? What about at the gym? The local sports fields? No? Duff McKagan doesn’t see it either, and the theory that divisiveness and political bickering stews mainly on 24 hour news networks and social media is a core theme on his new solo album Tenderness.

The Guns N’ Roses bassist encountered a lot of people and visited a lot of places on the band’s marathon global reunion tour. McKagan says he was originally going to write a book about his observations about humanity during the journey, but his thoughts turned into music.

“The point to this record is – going out on tour, I turned off the news and I turned off my Twitter; I stopped looking,” the 55-year-old told RADIO.COM. “When you travel and you go out and you do these nerdy, touristy things you talk to people – not only in America but around the world. The divide that they were talking about that I’d left on the cable news – it was so apparent, it just wasn’t there.” 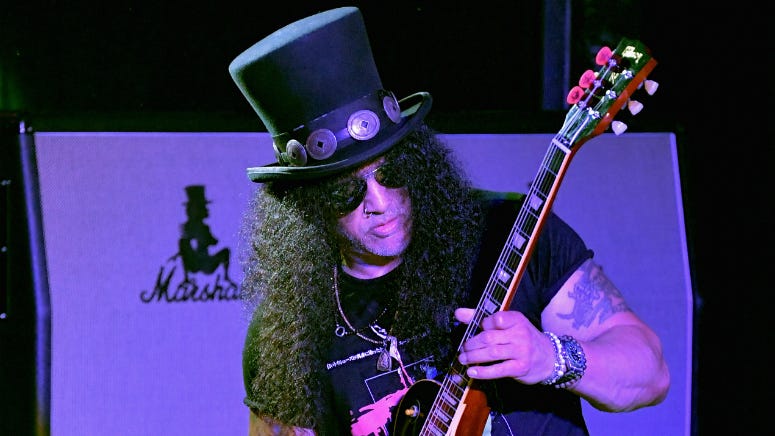 That’s not to say Tenderness avoids the issues facing the U.S. and beyond – far from it. The LP tackles a number of serious topics like homelessness and opioid addiction in a way that may surprise people – it’s not a hard rock album. The LP was produced by Shooter Jennings – the country-leaning singer-songwriter. McKagan opens up on a collection of raw, acoustic guitar-heavy tracks in a way that’s much different from his earlier solo works.

The losses of former Velvet Revolver bandmate Scott Weiland, Chester Bennington, Chris Cornell and Prince inspired “Feel.” Watch an exclusive live performance of that song and “Chip Away” below.