Fan armies are a thing these days, but Lewis Capaldi never imagined he’d be lucky enough to have one. That’s why he didn’t put much thought into it when someone asked him what his legion of followers would be called.

Since “Beliebers” was already taken, Capaldi went with the first thing that came to his mind and thought he’d never think about it again: "Big Fat Sexy Jungle Cats." But it stuck and it’s not going away. 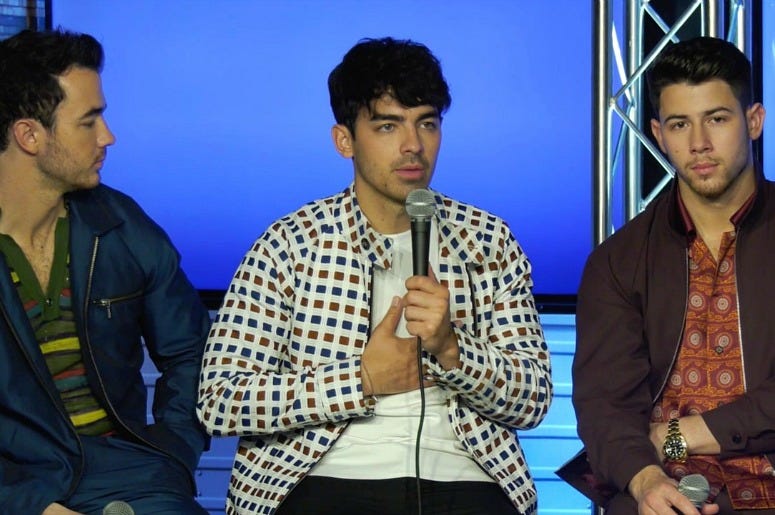 EXCLUSIVE: The Jonas Brothers On How ‘Happiness Begins’ Represents Their Journey Through the Past Decade

Capaldi told us that story right after the Jonas Brothers crashed our interview. You can see the picture in the video above, along with Capaldi’s favorite lyrics from his wildly popular songs “Someone You Loved” and “Grace.”

Both tracks appear on the 22-year-old Scottish singer-songwriter’s recently-released debut album Divinely Uninspired to a Hellish Extent. He’ll be playing them all summer long on tour in Europe before heading to North America.

Capaldi will touch down in Dallas on September 17th and make his way to Philadelphia on October 13th with 14 stops in between. Check out the full schedule here, and listen to an exclusive live performance of “Someone You Loved” below.