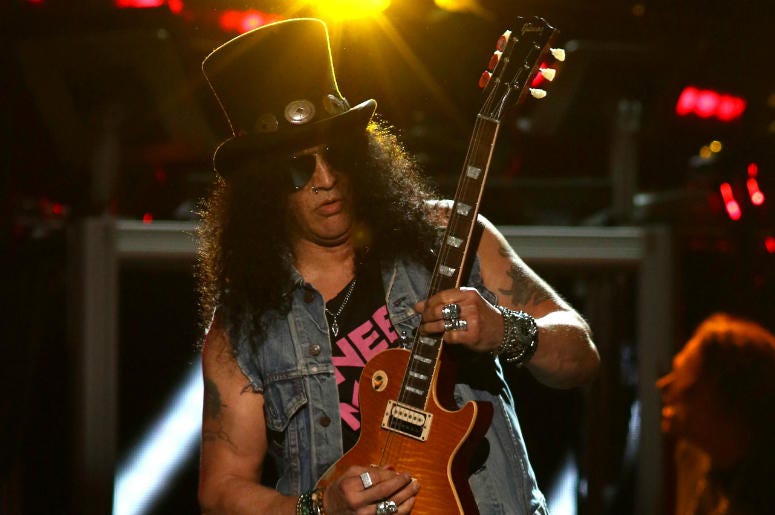 Art is in Slash’s DNA. He first picked up a guitar when he was around 15 and hasn’t put it down since. Slash also designed logos and artwork for several of his bands. With all that creativity inside of him, he can’t imagine what else he’d be doing with his life.

“You’d have to change my entire background – make me a different person,” the guitar legend told us in an exclusive interview. “Who knows what I’d be doing in that scenario.”

Slash does have one career idea if music and art were taken away from him. Hear his thoughts below:

Slash is now on the road with his side project billed as Slash featuring Myles Kennedy and the Conspirators. A few hundred fans packed the Whisky a Go Go in West Hollywood to watch the band perform “Back from Cali.” Check out one of the singles from Slash’s first solo album here: