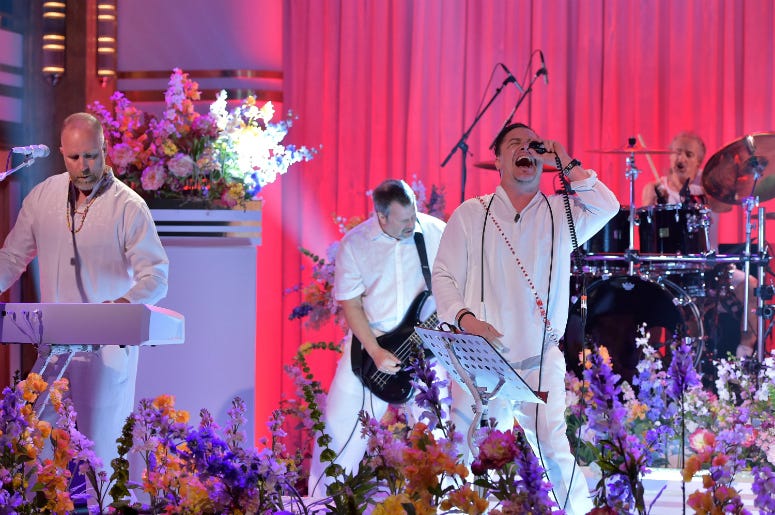 Faith No More surprised longtime fans when they released a brand new, full-length album in 2015 with Sol Invictus. Are there any more surprises in store?

Keyboardist Roddy Bottum says new music is being worked on, but as of now only he and drummer Mike Bordin and bassist Billy Gould are involved.

Here’s what Bottum told Chandler Sorrells of The Ring, the Cage, and the Stage:

“I will periodically go to San Francisco and make music with those guys,” Bottum said. “I mean, where it goes is questionable, but we have sort of a language that’s kind of undeniable in a really sort of family sense. And I think we all acknowledge that it’s not something that any of us want to turn our backs on, and it’s kind of fun to do.”

“So in the hopes of like pushing things forward and making new music, we continue to do that, to get together and make new sounds and just have a dialogue about prospects and songs and where we go in the future.”

In a 2017 interview, singer Mike Patton said Faith No More was on an extended break. And while Bottum didn’t promise a new album, he did leave the door open. He told Sorrells that it was fair to say that there’s no telling where the new music he and his bandmates have been working on will end up.

You can listen to the full interview below.

Faith No More have maintained a bit of a cult following decades after their breakthrough 1989 hit, “Epic.” Watch the video here: