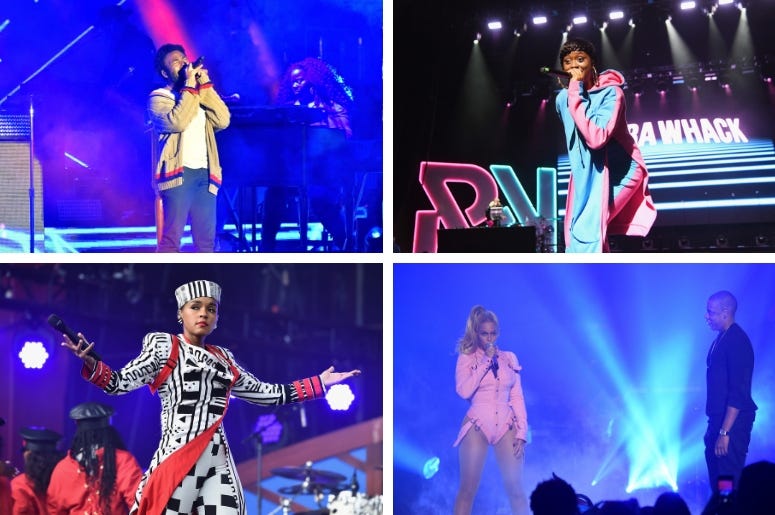 The nominees for Best Music Video at the 61st annual GRAMMY awards all had something to say – that’s usually what a video is about after all.

Whether it was the use of elaborate imagery or simple scenes, these videos and songs by THE CARTERS, Childish Gambino, Joyner Lucas, Janelle Monáe and Tierra Whack have messages that make you think.

This work of art from Beyoncé and Jay-Z fittingly takes place at the Louvre in Paris. Directed by Ricky Saiz, the video is packed with imagery and has already won at the MTV Video Music Awards.

CHILDISH GAMBINO – “This is America”

The shock value is high in Donald Glover’s statement about gun violence and racism in the United States. Directed by Hiro Murai, the mood of the video and the song changes quickly with the pull of a trigger.

The video and the message are simple but powerful. Directed by Lucas and Ben Proulx, a white man in a “Make America Great Again” hat recites a list of racially-charged grievances from his perspective (Lucas’ first verse), before a black man sitting across from him at a table gives his side of the story (second verse). The confrontation leads up to a heartwarming ending.

Pynk is a lot more than just a pretty color for Janelle Monáe. It goes much deeper than that. Director Emma Westenberg helps bring the concept to life and holds little back in the female empowerment video.

Another video that uses high shock value to make a point. Directed by Marco Prestini, Tierra undergoes a graphically painful dental procedure, which we learn gave her an exaggeratedly forced smile in order to face a word in which some find it tough to laugh.