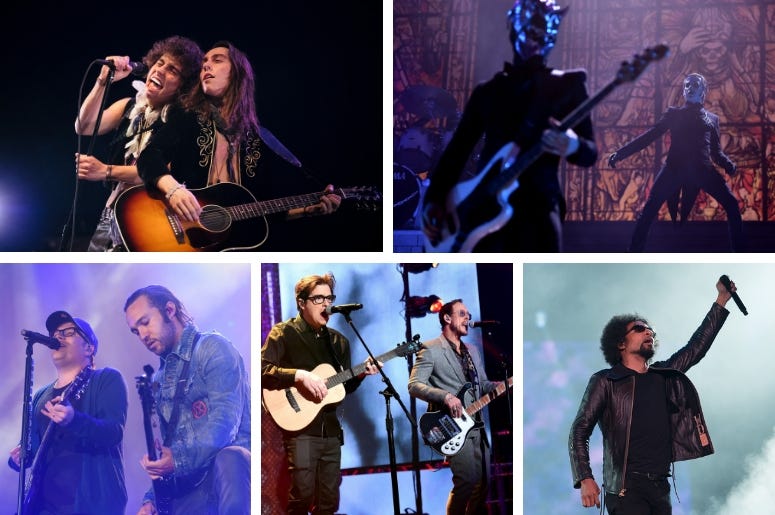 There’s a band for almost everyone in the category of Best Rock Album at the 61st annual GRAMMY Awards: grunge godfathers, pop punk mainstays, retro rockers, and a Swedish metal band that continues to surprise. Oh, and Weezer too. Let’s take a look at the nominees: 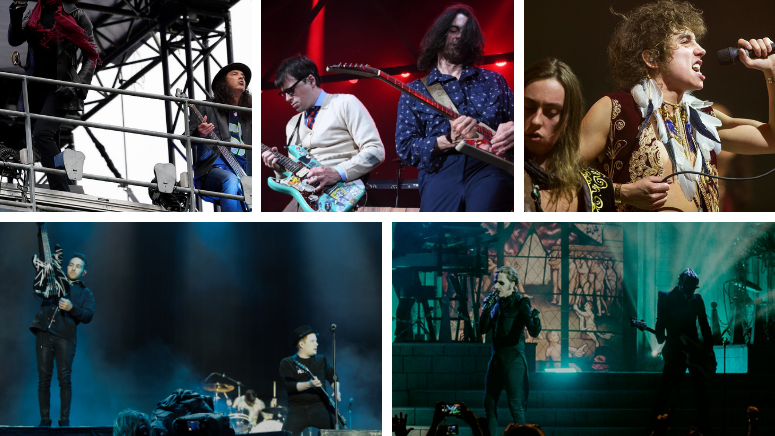 The Seattle natives recorded their 6th studio LP in the shadow of Mt. Rainier. On Rainier Fog, Alice in Chains used their surroundings to channel everything they’ve ever done into a blend of near perfection.

The post-emo, pop punk heroes returned after a nearly four-year hiatus with M A N I A, which featured a much broader and wide-ranging sound. Pete Wentz told RADIO.COM that the title came from the fact that we live in manic times. “The songs feel like that all together,” he said.

While most of the world was still trying to figure out who or what they were, Ghost snuck away with another GRAMMY nomination. The hard-driving “Rats” and the 80s anthem-like “Dance Macabre” have rock fans paying closer attention to the mysterious Swedes.

GRETA VAN FLEET – From the Fires

It’s not often a band scores a GRAMMY nomination for work they did before they ever release a full-length album, but Greta Van Fleet isn’t just any other band. They shrugged off both adulation and criticism while letting flashback tracks like “Safari Song,” “Flower Power,” and “Highway Tune” speak for themselves.