Jennifer Hudson paid tribute to the Queen of Soul during a special ceremony in New York. Aretha Franklin was posthumously awarded the Pulitzer Prize Special Citation honor, and Hudson wasn’t going to miss it. 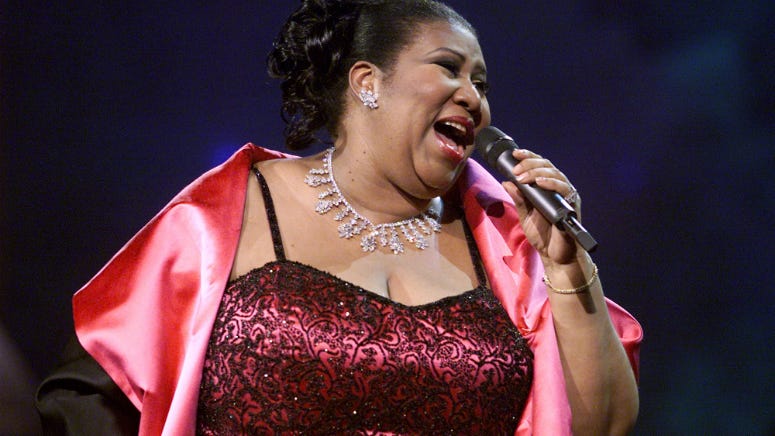 The Grammy Award-winner performed an emotional rendition of “Amazing Grace” at Tuesday’s luncheon at Columbia University. Hudson said she always keeps Franklin in her heart.

Hudson almost didn’t make it to the ceremony. She drove 13 hours from Chicago to New York after her flight was cancelled. She said it was a sign because Franklin never flew to concerts or events.

“I looked up and I thought, ‘You know what, it’s like Aretha’s spirit is in me. She didn’t believe in flying, she would drive,’” Hudson told the Associated Press. “I got here in time, five minutes early to sing, because I wasn’t going to miss it.”

Hudson will get another chance to pay tribute to Franklin on-screen. She will play the Queen of Soul in the upcoming biopic Respect. Franklin hand-picked Hudson for the role.

Franklin is the first individual woman to be awarded a Pulitzer Prize Special Citation. The board said she earned it for “her indelible contribution to American music and culture for more than five decades.”

Franklin passed away last year after a battle with pancreatic cancer at the age of 76.