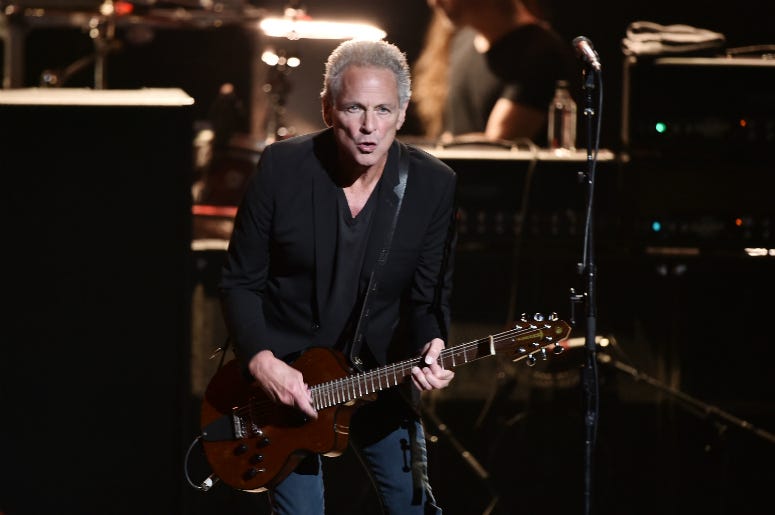 It was an emotional return to the stage for Lindsey Buckingham. No, the former Fleetwood Mac singer/guitarist wasn’t playing in front of 15,000 fans in an arena – it was something much more meaningful. The 69-year-old’s first public performance since undergoing heart surgery was at his daughter’s high school graduation.

Buckingham played “Landslide” on acoustic guitar, as he’s done so many times before, but this time it was his daughter, LeeLee, and her classmates singing along. Buckingham’s wife, Kristen, posted clips of the moment on social media.

“Last night was epic,” she wrote. “First time I’ve seen Lindsey play in the last 4 mos, all the while Leelee ending her high school career. AND she sings a little Landslide with her dad. I cried, I’ll admit it. Never know what’s ahead so enjoy the moment.”

Buckingham underwent open heart surgery in February which damaged his vocal chords. His wife said he would be traveling to meet with a specialist this week, presumably to determine if and when he might be able to sing again.

Buckingham’s surgery came a few months after the release of Solo Anthology: The Best of Lindsey Buckingham.  He also spent a few months on the road with his band in late 2018 after being fired from Fleetwood Mac. Buckingham said Stevie Nicks forced him out, but Nicks has stayed quiet on the issue and a lawsuit has been settled.