Mötley Crüe’s unlikely cover of Madonna’s “Like a Virgin” is a pleasant surprise.

The track has many moods, starting with a heavy “Enter Sandman”-like chug, before lightening up in time for Vince Neil to sing the lyrics you’d have never imagined him singing. The chorus doesn’t go where you expect it to either, with the band pulling back at the moment Madonna started celebrating. Mötley Crüe’s version has something else that Madonna’s does not: a soaring Mick Mars wah guitar solo. 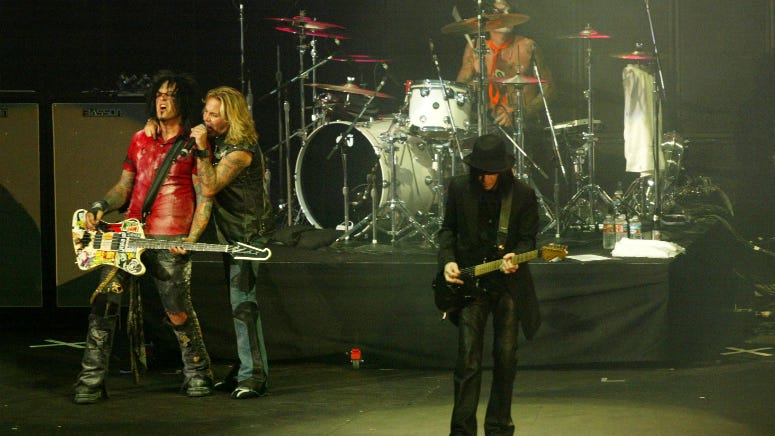 Bassist Nikki Sixx has said the thought of covering the song just popped into his head one day, and despite thinking it was terrible idea, he couldn’t help sharing a demo with producer Bob Rock and the rest of the band. And they loved it.

“Like a Virgin” is one of four new songs that Mötley Crüe recorded for The Dirt. The long-awaited, raunchy, no holds barred biopic will be released on Netflix on March 22nd. The movie is was directed by Jeff Tremaine of Jackass fame, and stars Daniel Webber as Neil; Douglas Booth as Sixx, Machine Gun Kelly as drummer Tommy Lee; and Iwan Rheon as Mars.