Kelsea Ballerini was anxious to perform with Little Big Town on the big stage of the Grand Ole Opry. It’s a good thing she didn’t know what was really going to happen.

In the middle of a duet for “Girl Crush,” Little Big Town’s Karen Fairchild switched up the lyrics to ask Ballerini if she would join the Opry – the long-running country music show in Nashville. Ballerini was overcome with emotion as she retreated to collect her thoughts.

“So I was so excited about (the performance), so nervous cause I didn’t want to mess it up for them on that stage,” Ballerini said. “At the end they started singing my name and I thought they were going to say, ‘Kelsea, we have a girl crush.’ And they said ‘Will you join the Opry?’ And I had to completely change paths in my brain.” 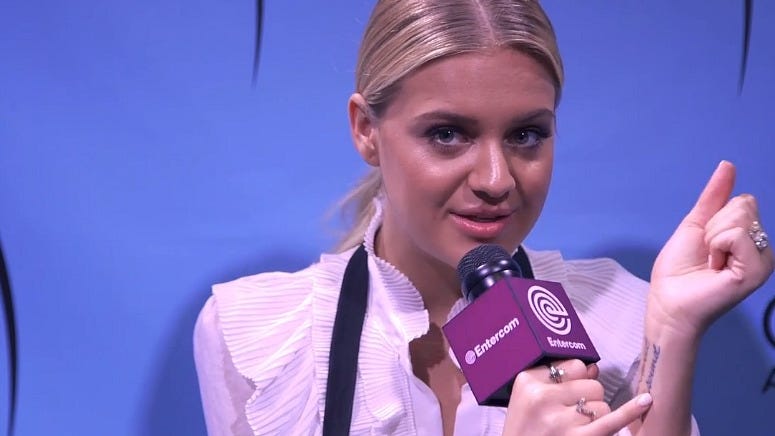 EXCLUSIVE: Kelsea Ballerini, Maren Morris, And More Tell The Story Behind Their Tattoos

The 25-year-old will become the youngest current Opry member when she is formally inducted in April. Ballerini was nominated for best new artist at the GRAMMYs after bursting onto the scene with her debut album The First Time in 2015. Her 2018 follow-up Unapologetically also resulted in a nomination for best country album.