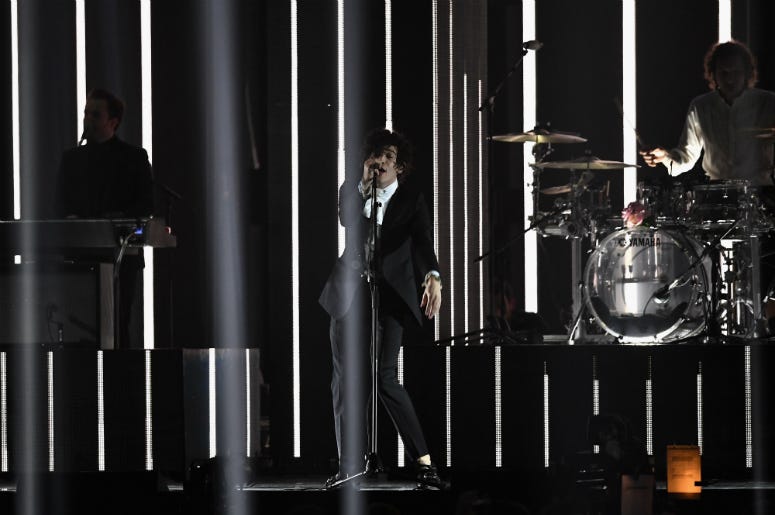 It's not often you get to see one of the biggest bands in the world at the height of their popularity in a small venue, but that's exactly what a few hundred fans experienced in London.

The 1975 threw an intimate release party for their highly-anticipated third album, A Brief Inquiry Into Online Relationships, at the Camden Assembly last night.

Singer Matty Healy began the show by announcing "We're the 1975 from Manchester," before the band launched into "Give Yourself A Try" from the new album.

Meanwhile, The 1975 just released the video for "It's Not Living (If It's Not With You)." The clip begins with Healy being jolted awake, before viewers are jolted by his blood-curdling scream in front of a mirror that reveals it was all a dream. But the bad dream within a dream continues when Healy takes the stage to perform the song, where nothing looks or feels quite right from his perspective.