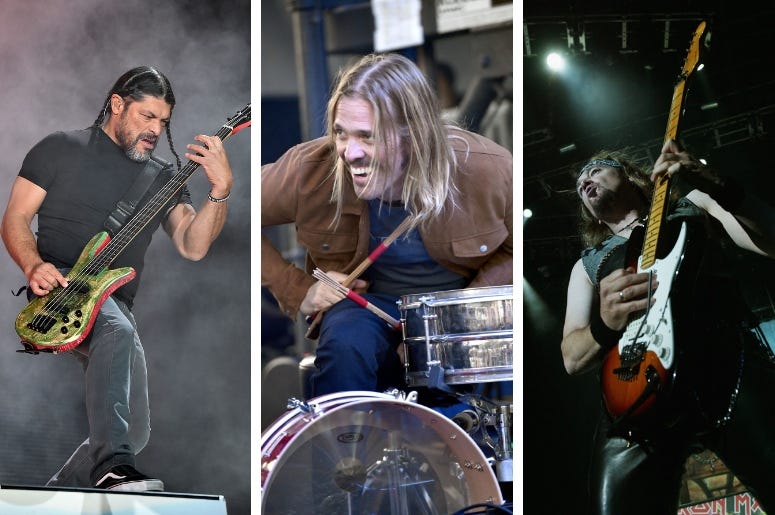 Talk about a power trio. Members of Metallica, Foo Fighters and Iron Maiden recently jammed together and we have the picture to prove it.

Guitarist Howie Simon, who has played with Alcatrazz and Jeff Scott Soto among others, posted the evidence on Instagram. The picture shows Simon jamming with Robert Trujillo of Metallica, Taylor Hawkins of Foo Fighters, Adrian Smith of Iron Maiden, and Winery Dogs guitarist Richie Kotzen.

“Sometimes at parties I jam with the bass player from Metallica, the drummer from the Foo Fighters, the guitarist from Iron Maiden, and my friend Richie. I hope I’m not name dropping! Such a fun time – they always throw the best parties!”

The odds of this all-star jam session producing one of the best rock supergroups ever are slim to none, though. As far as we can tell, this was just some musicians having fun at a party, and all four of Simon’s friends are on the road in 2019 fulfilling the requirements of their day jobs.