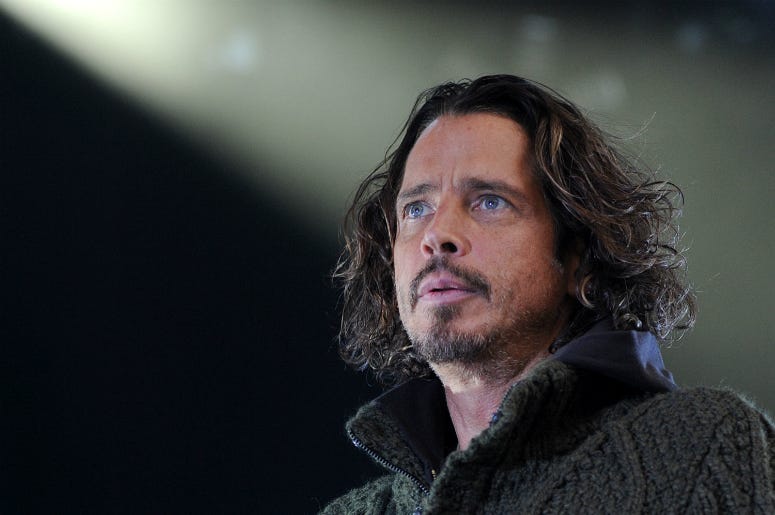 Jimmy Kimmel will host I Am the Highway – A Tribute to Chris Cornell at the Forum in Inglewood, CA. Members of Cornell’s three former bands – Soundgarden, Temple of the Dog and Audioslave – will be on-hand, along with Foo Fighters, Metallica and Ryan Adams.

More surprises are being added as we get closer to show time.  Miley Cyrus, Miguel and Chris Stapleton are diversifying the line-up. Josh Homme of Queens of the Stone Age and Fiona Apple are also set to appear. And Gibson will honor Cornell with the re-release of its Chris Cornell Tribute 335 guitar.

We are honored to announce the re-release of the Chris Cornell Tribute 335 and to be part of tomorrow’s “I Am The Highway: A Tribute to Chris Cornell” concert at the Forum in Los Angeles. #Gibson #chriscornell pic.twitter.com/FmNlr3PZ8f

Proceeds from the concert will benefit the Chris and Vicky Cornell Foundation, which helps children facing homelessness, poverty, abuse, and neglect. A portion of the proceeds will also go towards EBMRF, which is geared towards finding a cure for the rare skin condition Epidermolysis Bullosa.

The limited edition, career-spanning box set Chris Cornell was released last year. It includes 64 songs from all three of Cornell’s bands, as well as the haunting previously-unreleased solo track, “When Bad Does Good.”