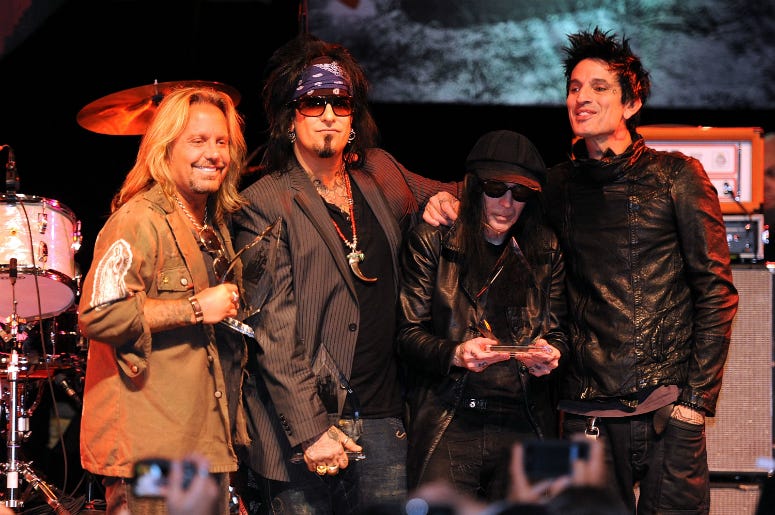 Ever since The Dirt: Confessions of the World’s Most Notorious Rock Band hit bookstores in 2002, it was a foregone conclusion that the story of Motley Crue would be turned into a movie. It’s just that it will have taken 17 years.

We finally have a release date for the film, courtesy of singer Vince Neil on Twitter: “Wow!!! Just left Netflix offices. Just saw “The Dirt” movie!! F***** awesome!! Can’t wait for everyone to see it! Released March 22!! Yea!!!”

Motley Crue recenty recorded new music for The Dirt, which was adapted from one of the most uncensored rock biographies of all time.

In addition to new music, expected to hear Motley classics like “Dr. Feelgood” throughout The Dirt.