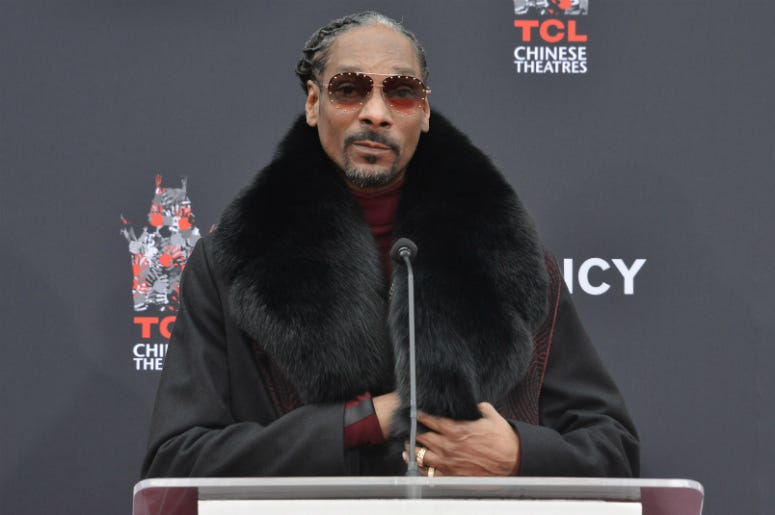 A dog nicknamed Snoop, who was unconscionably abandoned along the side of a road in Britain, has gotten the attention of another Snoop across the pond.

Snoop Dogg is offering to take the Staffordshire bull terrier in and give it a home following its heartbreaking ordeal.

Video shows a man leading the dog away from his car and across the street where he drops a bed and unleashes the dog. The man then runs back to the car and gets into the passenger side while the dog jumps up to peak through the windows. A few minutes go by until the car speeds away and the dog chases after it.

Fortunately, Snoop the puppy was found sitting safely in the dog bed and taken to a vet. Snoop Dogg told the Daily Star that he was heartbroken after watching the video.

“There is always room for another dog in Casa de Snoop,” the rapper said. “If he really needed a home then he has one with us. But I don’t think there is going to be any shortage of loving homes after all the exposure he has got.”

British authorities have been trying to track down the man seen in the video and the person who was driving the car but they haven’t had any luck.