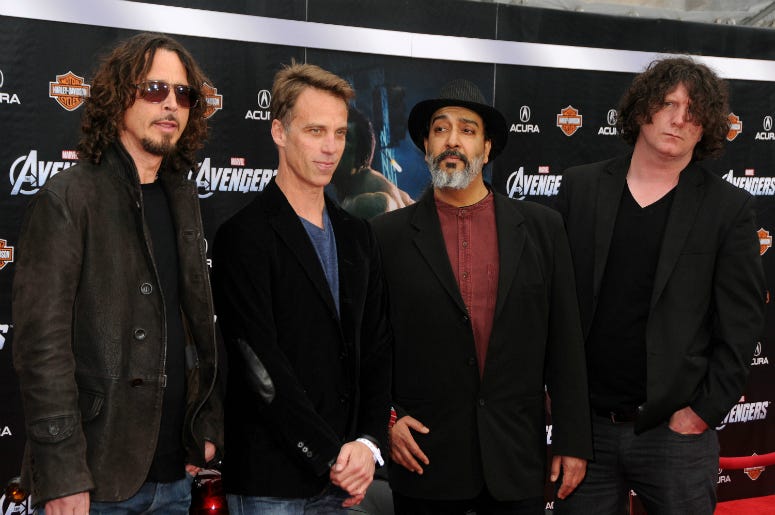 Alice in Chains have had a successful career, even after the death of singer Layne Staley. Stone Temple Pilots have continued in the wake of frontman Scott Weiland's passing, and even The Doors lingered on for a few years after the death of the irreplaceable Jim Morrison. But don’t expect Soundgarden to continue without Chris Cornell.

Guitarist Kim Thayil told Billboard that he would like to make more music with drummer Matt Cameron and bassist Ben Shepherd, but it probably wouldn’t be Soundgarden because it just wouldn’t be right.

That doesn’t mean we’ve heard the last from the band that laid the groundwork for the Seattle sound of the late 80 and early 90s. Thayil says they have plenty of previously unreleased studio and live recordings with Cornell that will probably see the light of day at some point.

Thayil was also involved in the Chris Cornell box set that just came out today. The limited edition collection includes 64 songs from Cornell and all three of his bands – Soundgarden, Temple of the Dog and Audioslave. A 17-track single album is also available.

The project was spearheaded by Cornell’s wife, Vicky, who explained her motivation on chriscornell.com: “Since Chris’ sudden passing I have put all my efforts and energy into sharing his music and legacy with his fans from all over the world.”

The video for the previously-unreleased haunting track “When Bad Does Good” features Cornell’s son, Christopher.