Tom DeLonge is taking his passionate curiosity to the History Channel. The former Blink-182 member is involved in a new show about the government’s secret UFO program. Unidentified: Inside America’s UFO Investigation will air in six parts starting in May.

The brief promo above features former military intelligence official Luis Elizondo. The History Channel says he, along with DeLonge and others, will expose a series of startling encounters that will urge the public to ask questions.

“I put my entire career on the line because I believe in what I believe in,” Elizondo says in the promo. “This is real. Wake up!” 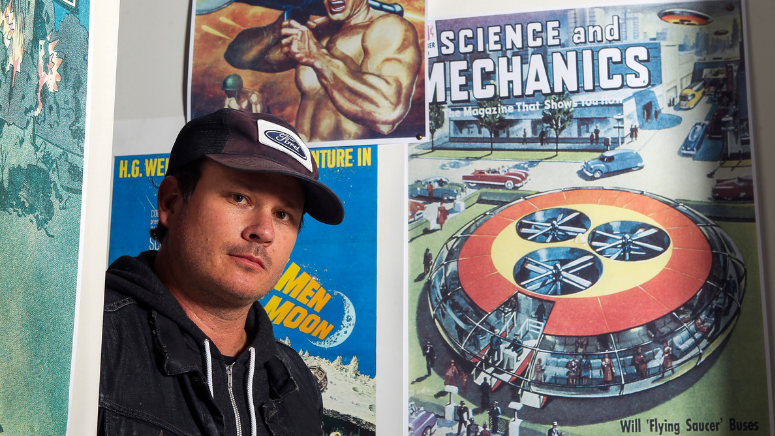 “Where Are Ewe?”: Tom DeLonge Makes Fun of His Pronunciation in Blink-182’s “I Miss You”

DeLonge’s interest in the search for UFOs and aliens is well-documented. He is the president and CEO of To The Stars Academy, which employs a team of experts that aim to bring the mysterious study of the unknown into the public eye to benefit humanity.

In a statement about the new series, DeLonge said, “With this show, the real conversation can finally begin. I’m thankful to History for giving the To The Stars Academy team of world-class scientists, engineers and intelligence experts the opportunity to tell the story in a comprehensive and compelling way.  I think everyone that watches the show will walk away with questions answered and a feeling of, ‘Wow, I get it now.’”