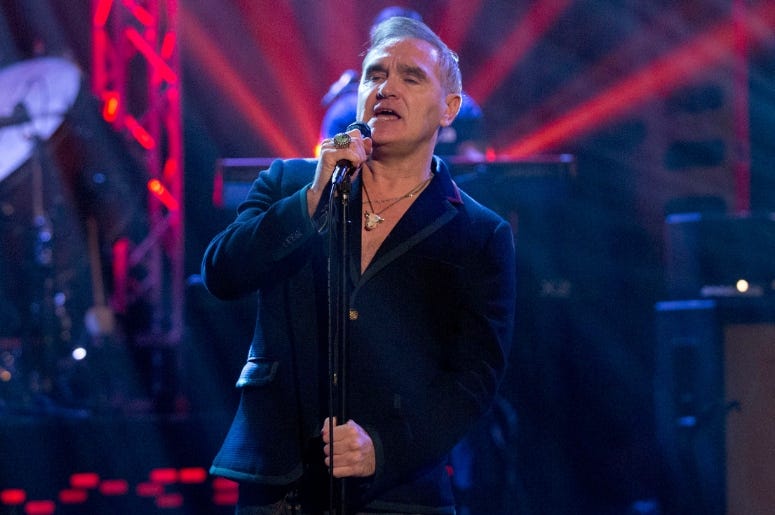 Video from Morrissey’s recent show in San Diego appeared to show the singer being attacked on-stage. Moz was whisked away and the show was cut a little short, after all. But Morrissey is backing up his manager’s account and saying it’s all good.

“The only trouble at San Diego were the fictitious reports by TMZ that I had been attacked,” Morrissey wrote on his official website. “This is absolute crap. The concert and the crowd were a dream night for me. I was honored and grateful for such an excited and loving response. It concluded an outstanding set of U.S. dates and I am absolutely thrilled.”

Video from the November 10th concert shows some fans hopping up on-stage during the second encore, “Everyday is Like Sunday.” Security held the first fans back, until the guards became overwhelmed and one man ran towards Morrissey.

Some witness say it looked like the overzealous fan tried to punch Morrissey, but the singer says that’s not the case. His manager had already tried to set the record straight the day after the show.

“Nobody tried to punch M last night. Morrissey's fans are not malicious. The fans were simply doing what they have been...