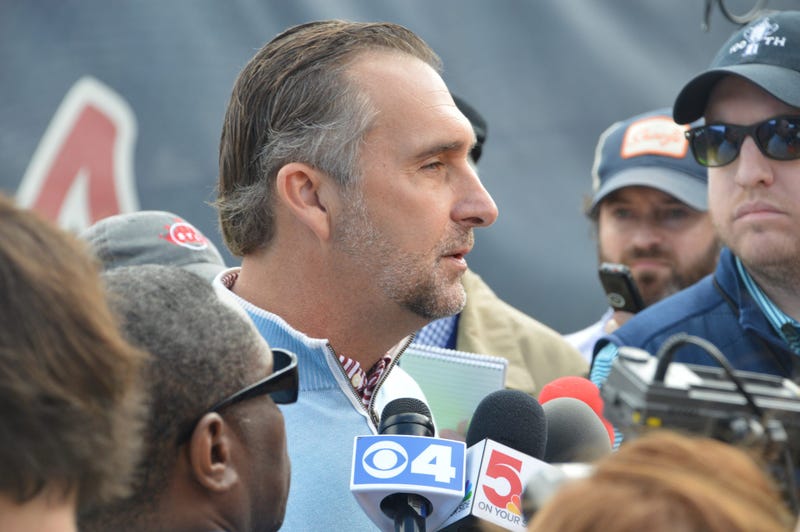 Surprise! 2019 is going to be a big year for The Who and their fans. The band announced on Friday in Rolling Stone that it will tour the U.S. and release a new studio album.

A local symphony orchestra will accompany Roger Daltrey, Pete Townshend and Co. at each stop on their 29-date trek across America beginning in April.

The Who announce their 2019 Moving On! Tour with all tour dates and full details via the link. What a year it's going to be! https://t.co/mJyV24FVXK pic.twitter.com/EViV4HBkDo

As for the new album, which would be The Who’s 12th and 1st since 2006, Townshend said it was a prerequisite for agreeing to hit the road.

“I said I was not going to sign any contracts unless we have new material,” the legendary guitarist told Rolling Stone. “It has nothing to do with the fact that The Who need a new album. It’s purely personal. It’s about my pride, my sense of self-worth and self-dignity as a writer.”

The album is expected later this year.  As for the setlist on the tour, Townshend and Daltrey aren’t quite seeing eye to eye. The guitarist would like to mix in a few deep cuts, while the frontman isn’t so sure.

“Some hardcore fans might bitch and moan, but 99.99 percent of the audience wants to hear the hits,” Daltrey said. “I don’t want people scratching their balls and going, ‘I want to hear ‘Baba O’Riley.’”

With no further delay, here’s The Who performing their Who’s Next classic with the original line-up that included drummer Keith Moon and bassist John Entwistle.