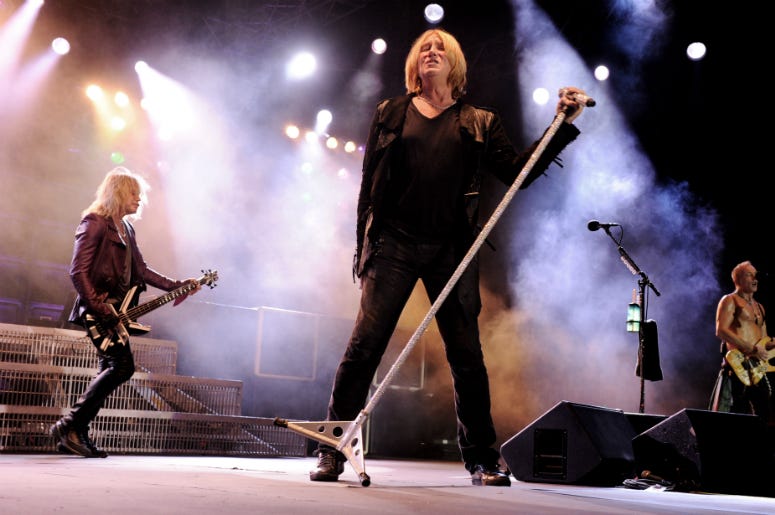 Def Leppard’s unlikely cover of an electro-rock song from 1990 has been a hit with fans, and now there’s a video to go with it.

“Personal Jesus” is included on the forthcoming The Story So Far, a new greatest hits collection by the band. It will be released on November 30th and includes Def Leppard staples “Photograph,” “Animal,” and “Heaven Is.”

Band members, who are nominated for the Rock & Roll Hall of Fame after years on the waiting list, are also telling the stories behind the songs in a series of short clips on their YouTube channel. Lead singer Joe Elliott explained how “Pour Some Sugar on Me” came to be.

Episode 2 of The Stories So Far features guitarist Phil Collen talking about “Let’s Get Rocked.” The song was the lead single off of 1992’s Adrenalize, which was Def Leppard’s first album after the death of guitarist Steve Clark.