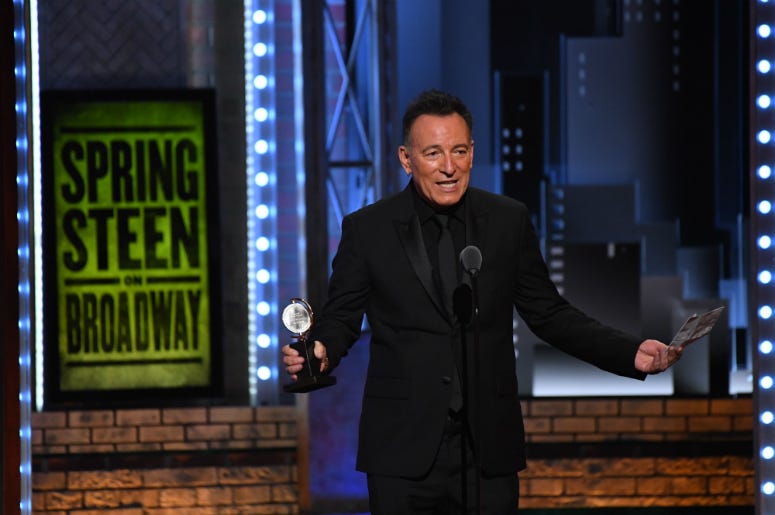 “This is what I’ve presented to you all these years as my long and noisy prayer, as my magic trick.”

Thus begins the powerful new trailer for Springsteen on Broadway, which premiers on Netflix on December 16th.

The teaser gives fans who have not had a chance to see Bruce Springsteen’s highly-successful, critically-acclaimed show in person a glimpse of what they’ve been missing.

The Boss has the full attention of the audience as he dives deep into the experiences that shaped his lyrics: the complicated relationship with his father, the influence of his mother, and meeting the love of his life.

A Springsteen on Broadway soundtrack is also on the way December 14th. It features the songs from the Tony Award-winning performance, which had an historic 236-show run at Jujamacyn’s Walter Kerr Theatre.

The soundtrack will be available on 4 LPs or 2 CDs. You can listen to “Land of Hope and Dreams” and pre-order the album here.