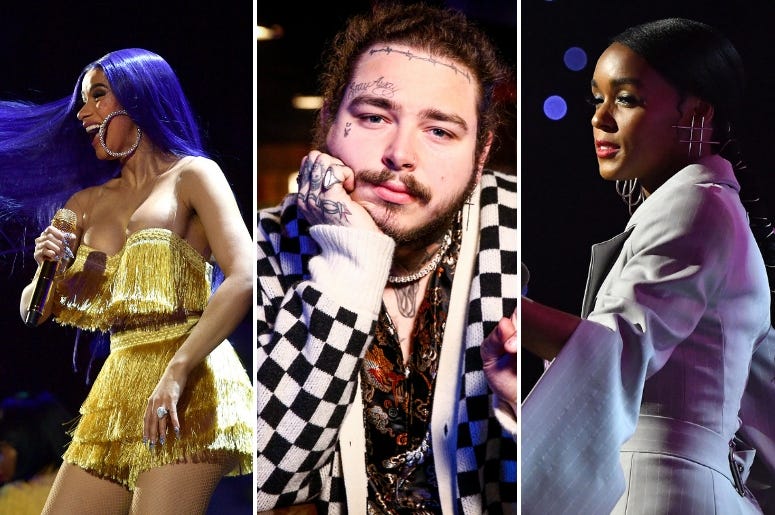 With the 61st Annual GRAMMY Awards just around the corner, the star-studded first round of performers is rolling in.

Camila Cabello, Cardi B, Dan + Shay, Kacey Musgraves, Janelle Monáe, Post Malone, and Shawn Mendes have just been announced as performers for the February 10th awards show. The super talented artists are getting well-deserved recognition for their musical contributions, as the first wave of performers is made up entirely of current GRAMMY nominees.

The list consists almost entirely of newcomers who are receiving their first nominations and performing at the awards show for the first time. Artists like Cardi B made huge GRAMMY debuts with five nominations, while Kacey Musgraves is a returning winner who already has two of the prestigious awards under her belt.

Hosted by Alicia Keys, the 2019 GRAMMY Awards will broadcast live on CBS from the Staples Center in Los Angeles on Sunday, February 10th at 8pm.