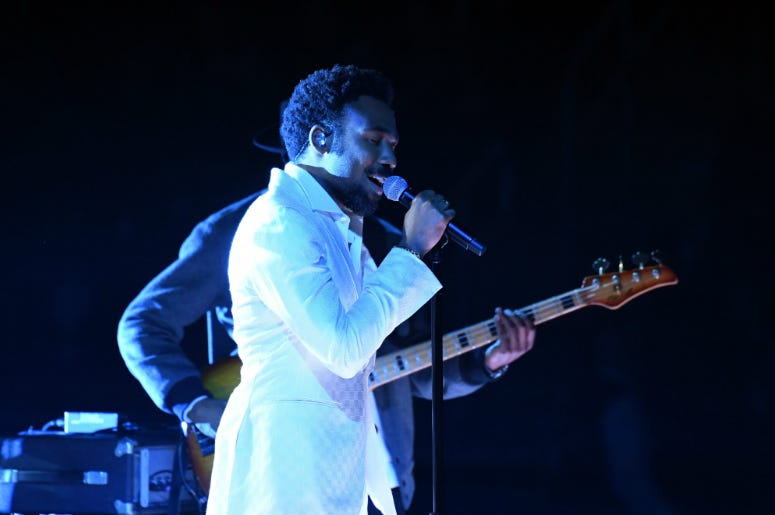 Did America just see the last of Childish Gambino?

According to our RADIO.COM stations in Los Angeles, the superstar alter-ego of Donald Glover just performed his final show. Like, ever.

The "This Is America" megastar told the L.A. crowd earlier this week that it would be his last-ever show ever as Childish Gambino.

Of course, that's not too much a surprise. RADIO.COM reported back in September that the This Is America tour itself would be the final run for the GRAMMY winner.

But, we're still not convinced. Actually, we're just confused. Confused because Glover has repeatedly said that Childish Gambino is coming to end, yet his name keeps popping up as a headliner at one of 2019's biggest festivals.

Multiple media sources are saying that Gambino/Glover has already signed on to play Coachella in April. Even though the complete lineup won't be announced until January, US Magazine says the headliners will be Kanye West, Childish Gambino, and Justin Timberlake.

What do you think? Has Donald Glover really retired Childish Gambino?