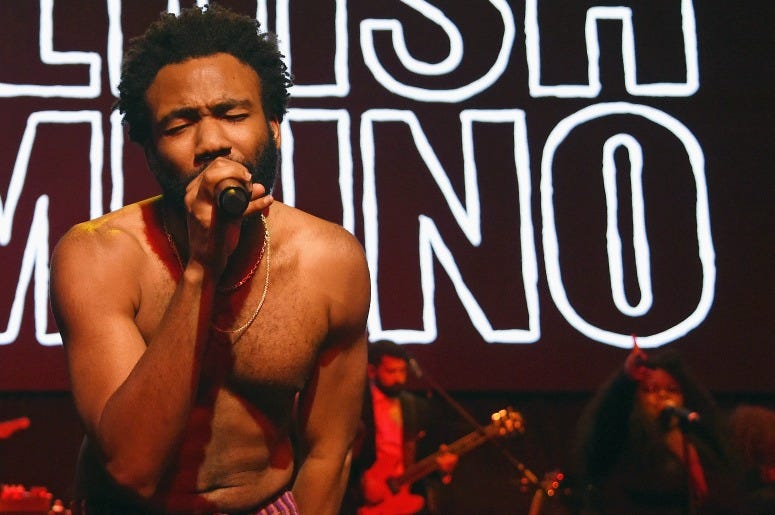 While everyone else is trying to unravel the Teddy Perkins appearance at the Emmys, Childish Gambino is out on the road putting in work.

The singer slash actor slash writer slash everything has had a busy week, playing New York for two nights on his This Is America Tour before jetting across the country to attend the Emmy awards. The artist resumed his tour this week and we were lucky enough to see one of his stops. This is what we saw at the This Is America Tour. 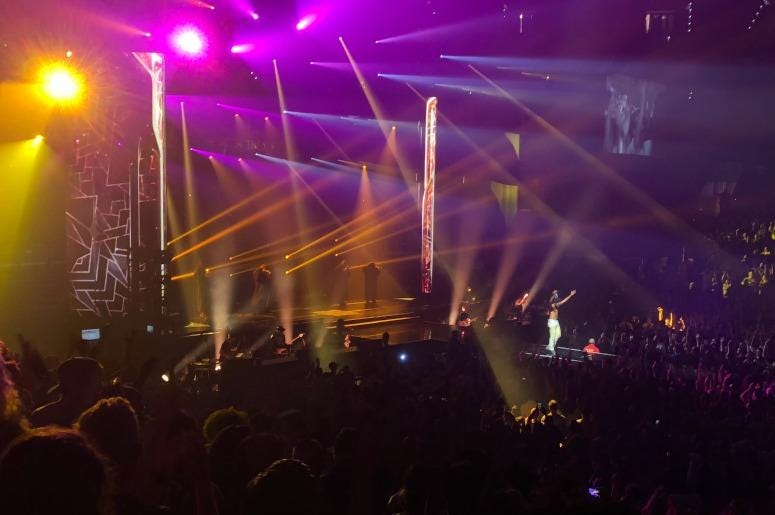 "I'm trying to take y'all to church" he said with a grin, standing shirtless at the end of the catwalk jutting out into the crowd. "You bought a ticket to the last Childish Gambino tour ever."

The singer has said that after another album the Childish Gambino era would be coming to a close for Donald Glover. “I think if a lot of things had death clauses in them we wouldn’t have a lot of problems in the world, to be honest” he told reporters after winning a GRAMMY in January. “I think endings are good because they force things to get better.”

If this is the last time around for Childish Gambino, he's going out in style. Like a spirited soul revival, Glover dances his way across the stage and delivers each verse as though it just came to him. Childish Gambino is either the performer's greatest role, or such a natural expression of joy that it all appears effortless. "Put your phone down" he tells the audience. "You bought the ticket, they did not."

Childish Gambino has been playing a lot of new music on this outing, which makes sense given his recent renaissance. Not only is his setlist heavy on songs from 2016's Awaken, My Love!, but he's been playing new songs "Algorythm" and a song  believed to be called "Spirits". The newest music - "Spirits" especially - is big and bold and just waiting to be heard by everyone. When he does dig back into classics from his 2013 album Because The Internet, he still raps with fire and frenetic passion.

Gambino moved across the stage with flare, funk, and the ghost of James Brown somewhere inside him. The main set ends with an electrifying performance of "This Is America", flanked by dancers and chaotic lights. He returned for an encore with the smooth "Sober" bathed in blue light, flexed his bars once more on "3005" and "IV. Sweatpants", and left on the most soulful note of "Redbone."

Before the whole arena sang along and before the lights went up, Glover took a moment to take it all in. "It's crazy that this place is filled with people that know my music" he said. "I prayed for this. If there's something you want to do, you don't have to ask anybody about that ****, just do that." 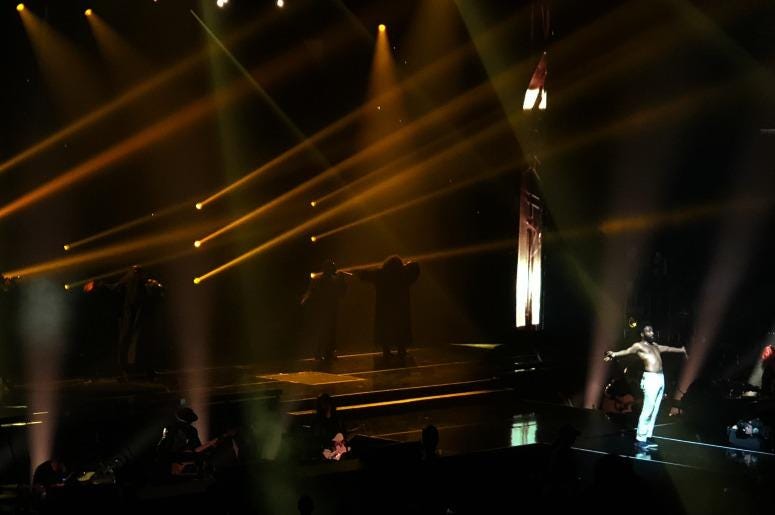 The This Is America Tour continues into October. You can find the full list of dates here.