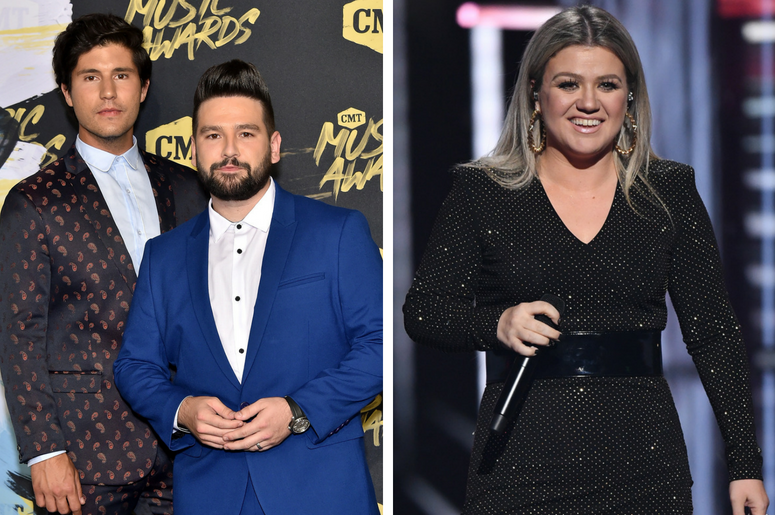 Dan + Shay have released a new powerful duet and it features global superstar Kelly Clarkson. The country duo's "Keeping Score" will be featured on their upcoming self-titled album due out June 22.

"Keeping Score" follows Dan Smyers and Shay Mooney's previously released tracks including "Tequila," "Speechless," and "All To Myself." While Dan + Shay showcase their powerhouse vocals, Clarkson adds a flair of pop magic to the song.

“It is such an honor for us to sing this duet with Kelly,” said Smyers. “Not only is she one of the most incredible vocalists of our generation, she is one of the most genuine, kind-hearted people we have ever met. We’re glad this song resonated with her as much as it did with us.”

Dan + Shay are currently out on the road as a supporting act on the Rascal Flatts'  2018 Back To Us Tour.