A week after debuting the first song from their upcoming album Gigaton, Pearl Jam has released a stunning music video for the song “Dance Of The Clairvoyants.”

The video is reminiscent of a Planet Earth scene utilizing beautiful cinematography while interspersing footage of the band. Produced by Evolve Studios, the "Dance Of The Clairvoyants" video offers Pearl Jam fans the first visual look at their upcoming album.

While fans await the album, guitarist Stone Gossard revealed Gigaton will contain straight-up rock songs and simple ballads, but admits "Dance Of The Clairvoyants" was on “the outer edge of something that we haven’t tried before.”

Gossard credits Eddie Vedder with keeping the band together as one unit during the making of the album. "He did such a great job of bringing everybody’s personalities out. It was probably different than any of us would’ve made individually, but it really captures, I think, the spirit of the band," Gossard said. 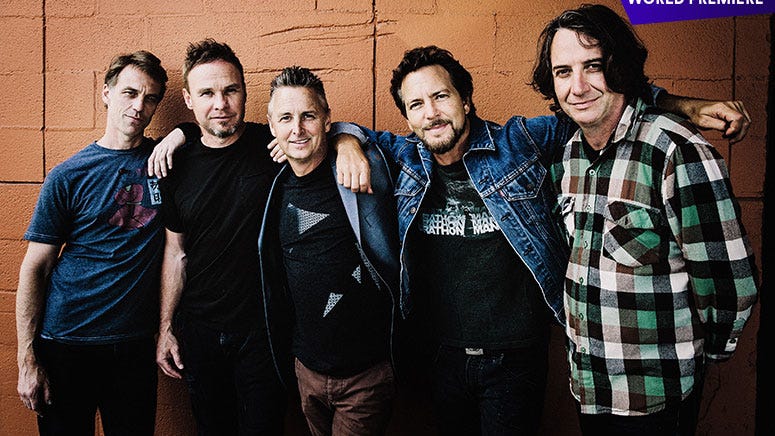 WORLD PREMIERE: Pearl Jam Back and Brand New on 'Dance Of The Clairvoyants'

Mike McCready described the long road to Gigaton as  “emotionally dark and confusing at times, but also an exciting and experimental road map to musical redemption. Collaborating with my bandmates on Gigaton ultimately gave me greater love, awareness and knowledge of the need for human connection in these times."

Gigaton is due to be released on March 27th and marks the first new studio album from Pearl Jam since 2013's Lightning Bolt.