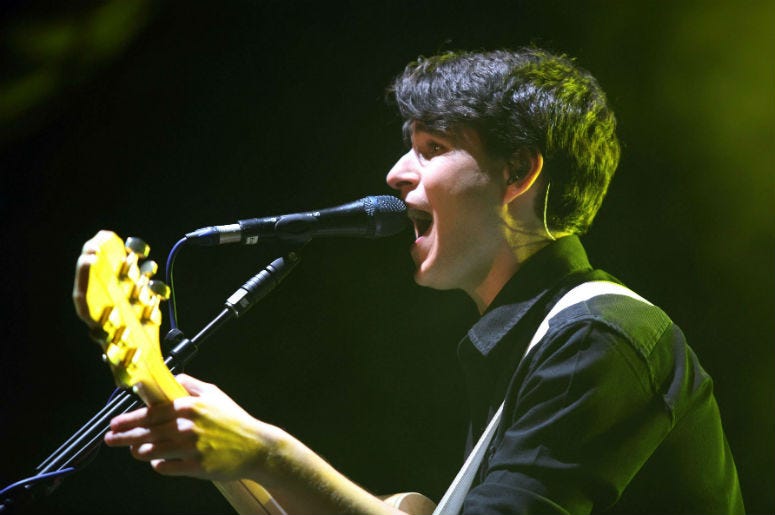 It’s been two years since keyboardist Rostam Batmanglij left Vampire Weekend to pursue a solo career, but the band is back with a new performing lineup. A few weeks ago, Vampire Weekend put on their first live show in about four years, introducing Greta Morgan on keys, vocals, and guitar and Brian Robert Jones on guitar.

Yeah, Vampire Weekend’s back, and over the weekend, they gave an incredible performance at The Observatory in Santa Ana, CA. But instead of simply playing the 2008 track “Cape Cod Kwassa Kwassa” from start to finish, the track effortlessly transitioned into the classic Beatles song “Here Comes The Sun.” Hear the perfect combination in the clip below.

It’s like the songs were made for each other, no?

While we’ve yet to hear any new official releases from Vampire Weekend, we have a feeling there'll be something out very soon—stay tuned!