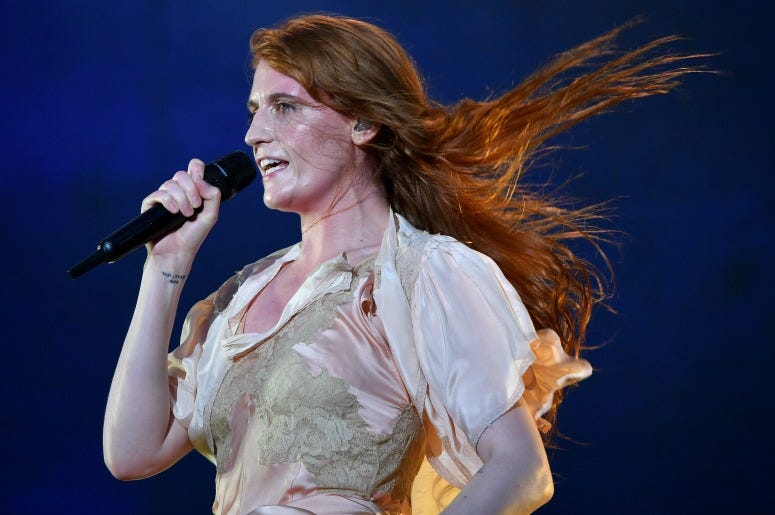 All she does is epic.

Tuesday night when Florence + The Machine stopped by The Late Late Show with James Corden, Florence Welch presided over a vigorous vocal performance of "Patricia" from their latest album High As Hope. From soaring heights to vulnerable runs, Welch explored every part of that amazing voice in a sensational display.

After Welch and company performed the song written in tribute to Patti Smith, Florence sat down for a talk with Corden and his other guest, Jamie Dornan. The 50 Shades Of Grey star recounted seeing her at a festival, and finding her dancing in the Guilty Pleasures tent. "We were all like dancing, and then suddenly everyone stopped dancing and we were watching you" explained Dornan.

Corden later asked Welch about her incredible voice and her training. "I did get singing lessons when I was about eleven, but she was really interested in me becoming a classical singer" Welch told the host. "She did say, 'If you're going to be a professional singer, it's going to be no smoking, no going out late, no talking loudly, no drink, no drugs' and I was like, okay see ya."

Florence + the Machine are set to tour the UK starting in November. High As Hope is available everywhere.