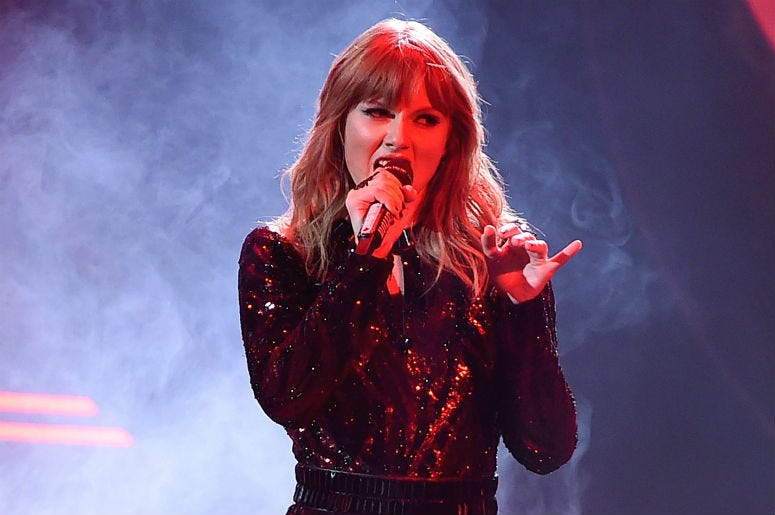 All the Swifties know that in Tay's video for "You Need to Calm Down," she features several drag superstars, including one that is a good pass for her!

So when she won video of the year for that song, she bought the whole crew up to celebrate the win, including all her drag friends that were in the video (and part of her show-opening performance).

Watch and be amused:

Yes friends, that was Jade Jolie - whom John thought was Taylor! LOL!!!

I mean, she does look just like her so you can't totally fault him for that.

Seems like Jade deserves an awards for that too right?!