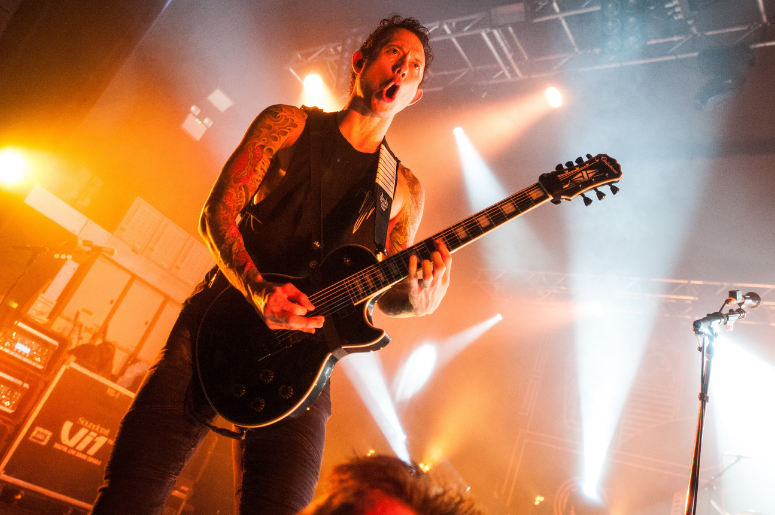 Orlando metal band Trivium recently announced they would be taking a break from touring, stepping out of the spotlight to allow frontman Matt Heafy to adjust to his new life as the father of twins. While the band isn’t planning on releasing a new album until 2020, Heafy will likely continue with his prolific YouTube covers.

Despite fronting a metalcore band, his covers dable in every genre and he’s taken on everyone from Justin Bieber to Earth, Wind & Fire. To help you sort through the loads of fantastic, genre-bending covers on his YouTube channel, we’ve put together a list of our five favorites.

This one just makes sense. The longtime favorite Avenged Sevenfold track was given the acoustic treatment, highlighting its already melodic chorus in Heafy’s version.

Celion Dion – “My Heart Will Go On”

Yes, you read that correctly. Rather than doing one of his usual acoustic covers, he decided to put a metal spin on the classic tune with an electric guitar and even some whistles.

Dragonforce – “Through The Fire And The Flames”

While Celion Dion got the metal treatment, the blazing “Through The Fire And The Flames” was turned into a soothing, country-leaning track.

The most unexpected covers often end up being the best. This one is no exception with Heafy’s powerful vocals fitting surprisingly well into an acoustic rendition of Sia’s “Bird Set Free.”

Last but not least, we have another cover of what the internet has recently named the greatest song of all time. Truly never gets old.