As the 2019 ACM Awards are readying to take over Sin City this Sunday, some of our favorite artists are preparing by already diving into fearless acts of regret. LOCASH and Dan + Shay are taking advantage of the theory that what happens in Vegas stays in Vegas with an NSFW dare that we almost caught on camera. 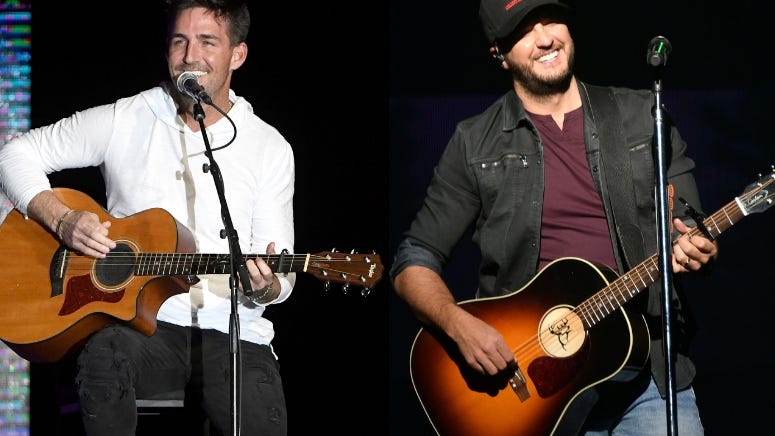 That signature smirk of mischief immediately crossed Chris Lucas and Preston Brust’s faces when we gave them the task of daring another country star. “I dare you to moon the camera,” they immediately offered before backtracking to figure out who they could actually convince to do it.

“Shay’ll definitely do it,” they realized when the perfect duo came to mind.

While you watch Dan + Shay figure out how to respond to the fearless request, both pairs are preparing for their nominations in the Duo of the Year category. Tune in April 7 on CBS to see who wins and check out our ACM Red Carpet Countdown, hosted by Jake Owen, on this station one hour prior to Sunday’s awards.