Alice In Chains is supporting album Rainier Fog with video releases fit for the silver screen. With the launch of 10-part sci-fi series Black Antenna, the iconic rockers have created an alien-filled world that weaves through 90 minutes of thrill and darkness. 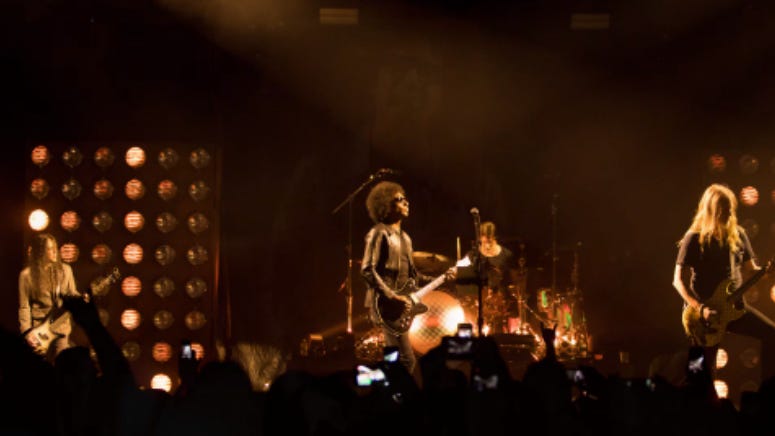 The Alice in Chains Movie Project is Dark and Creepy: Here's Episode 3

Now, Alice In Chains is stepping away from the sci-fi series for a quick visit to the real world… sort of. The brand new video for title track “Rainier Fog” takes the Seattle rockers back to their stomping grounds with scenes set in the wilderness of inspiration and hometown landmark Mt. Rainier.

Beer bottles come to life and Bigfoots abound in the tongue-and-cheek video that feels like comic relief from their eerie Black Antenna series.

“In a world where things are becoming increasingly serious, with ‘Rainier Fog’ we have continued our long tradition of making asses out of ourselves in videos,” drummer Sean Kinney explained of the purposely ridiculous video. Watch the music video above.

The last time we caught up with Alice In Chains, they dove into the writing process behind album Rainier Fog and how recording in the looming shadow of Mt. Rainier served as their inspiration.