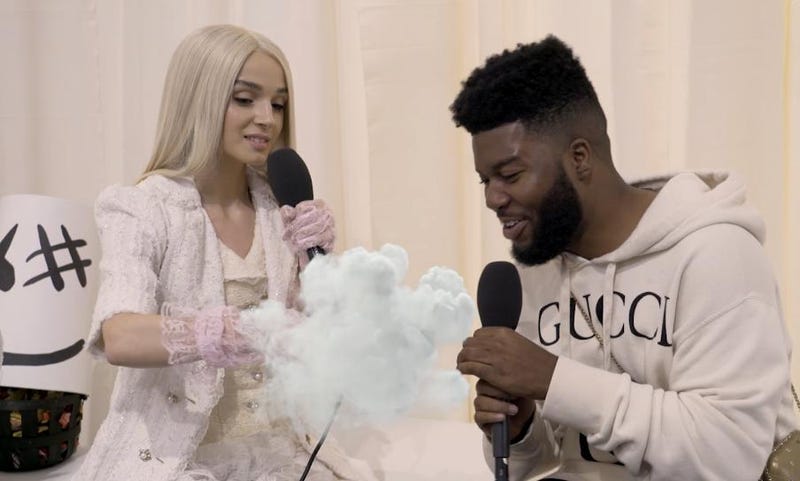 American Teen Khalid is fittingly nominated for a bunch of American Music Awards, from Best New Artist to R&B Album of the Year.

While Khalid gears up for the awards show and his performance of “Eastside” with Halsey and Benny Blanco, the “Love Lies” singer is becoming fast friends with Poppy.

We got to capture the life-changing moment of the two meeting for the first time. They quickly discovered they were fans of each other, with Khalid admitting to watching the very famous and very American Poppy’s YouTube videos.

Watch them become best friends for life below:

From gracefully dodging Poppy’s question of who shouldn’t win an award to flattering her with mutual admiration, these two couldn’t have gotten along any better.