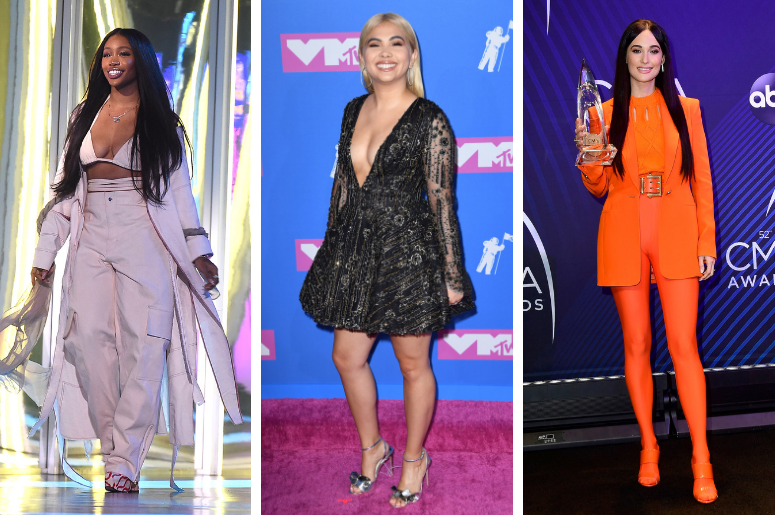 Billboard recently revealed that Ariana Grande would be named their Woman of the Year, honoring the hard-working and perseverant star with the well-deserved title. Now, they've revealed some of the other incredible ladies they’re giving props to at their 13th annual Women in Music event.

SZA is being recognized with rule breaker award, a nod to her fearless message that spreads a sense of empowerment to young people across the globe. Her 2017 album Ctrl broke the mold and smashed expectations with its positive message and dynamic vision.

Similarly, Janelle Monáe is being recognized with the trailblazer award for her contributions to redefining how black women are represented in the media.

Kacey Musgraves is being presented the innovator award for her work in breaking down genres, earning her a spot on tour with Harry Styles and chart-topping album Golden Hour.

Hayley Kiyoko will receive the rising star award in honor of her progressive debut album, Expectations. From directing her own music videos to writing songs to acting as a spokesperson for the LGBTQ community, Hayley’s dedication and impact is undeniable.

Along with recognizing newcomers, Billboard is honoring Cyndi Lauper with the icon award. The pop legend is a national treasure and, along with her timeless music, has delivered countless positive changes that span far beyond music.

The Women In Music’s red carpet pre-show is set to be broadcast live from Billboard's Twitter from 7:00 PM to 10:00 PM ET on December 6.