After recently teasing he had a new side project in the works, Blink-182’s Mark Hoppus and All Time Low’s Alex Gaskarth have teamed up for a pop punk fan fever dream. 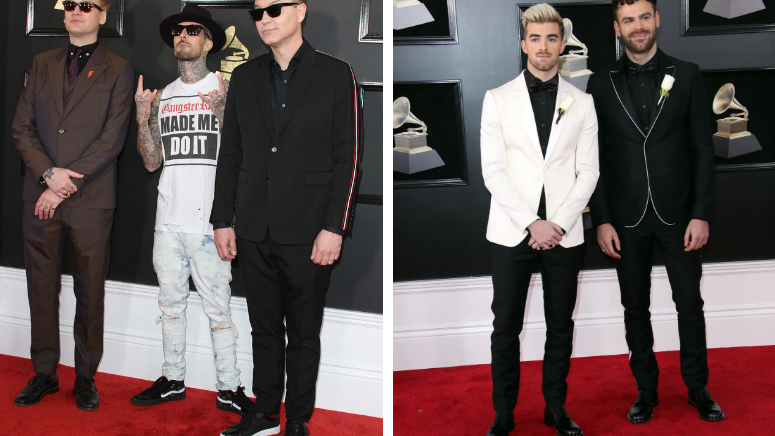 Fans React to Blink-182 Teasing a Collaboration With The Chainsmokers

Simple Creatures is the musicians’ new joint venture. The announcement comes soon after Alex changed his Twitter handle to @AlexGaskarth, switching from his longtime username of @AlexAllTimeLow. As All Time Low had just revealed they were planning on taking a break in 2019, fans were slightly worried about the silent switch.

Now, it turns out, the switch actually marked something great. “My good friend @markhoppus and I have been quietly making music together for a little while now and we’re finally ready to share it with ya,” Gaskarth writes in an Instagram caption.

Hi. We are Simple Creatures. We just woke up from a very long sleep. We have so much to tell you, but for the moment, all we can say is that we are glad you are here.

After previously working together in the past and keeping up a hilarious friendship that came with lots of teasing through social media, the pairing makes perfect sense.

Listen to their surprise-dropped new song “Drugs” in the video above.